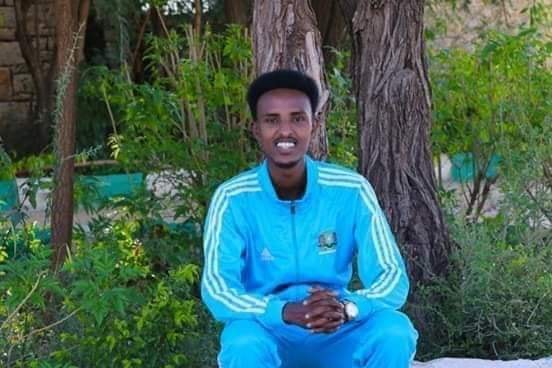 Once again, the weak and protected federal entity in Mogadishu has decided to open another front in it’s increasingly desperate attempt to interfere in Somaliland’s peace, stability and democracy. This new attempt is even more ridiculous than any previous ones, it has become known as the “Tracksuit wars”.

Using the money given to them by the international community to provide service to their impoverished citizens, the weak federal entity in Mogadishu, along with a few charlatans in the Somali community, primarily in the United Kingdom, are trying to flood the country with blue sports tracksuits with the Somali emblem on the front, and logo on the back. These items are being shipped from the UK and given to children and like minded adults in time for the 28th anniversary of the 18th May.

The idea behind this childish manoeuvre is to try and create the image that the young people of Somaliland, who have never known anything but Somaliland are somehow showing support for the defunct union! To these folks in Mogadishu, who are so juvenile in their thinking, the idea that a few kids wearing new tracksuits in the cities, towns and villages of Somaliland will somehow convince the world, that these youngsters are supporting the union, is just laughable, and sad. These children seldom get any new clothing, and to them, the chance to wear a new tracksuit is welcome. But, that’s all it is, just a new pair of tracksuits.

By their foolish logic, if a young Somalilander were to wear, say, a German, French, Spanish, Italian, Ethiopian, Nigerian, Ghanian, Egyptian, Japanese, Brazilian, Algerian, Moroccan, etc, sports track suits, which are colourful and “cool”, does that mean to suggest that they want a union with those countries?

Somaliland is a serious and mature country, unfortunately, our former partners in Mogadishu are still behaving in the childish manner that we have always known them to do. How, then does the international community expects us to talk with “fraternity boys” mentality?