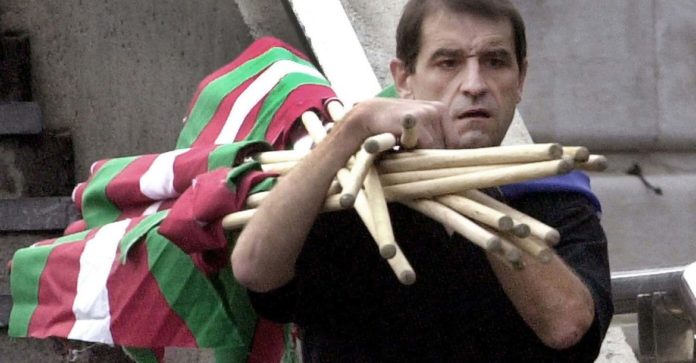 Josu Ternera, one of the most influential leaders of former Basque separatist group ETA, was arrested in France after more than 16 years on the run, Spain’s interior ministry said.

Jose Antonio Urrutikoetxea Bengoetxea, who used the alias Josu Ternera and was once ETA’s supreme chief, was detained “in the early hours of the morning today in Sallanches in the French Alps,” the ministry said on Thursday, May 16.

“He was a hugely important person in ETA,” said Florencio Dominguez, head of the Memorial Centre for Victims of Terrorism in Spain’s Basque Country and author of a book on Ternera, becoming one of the group’s leaders in the late 1970s and then taking the top spot.

Thought to be the instigator of ETA’s bloody strategy of combining car bomb and shooting attacks in the 1980s, he was also one of the proponents of reaching a peace deal later on.

Then in May 2018, while still on the run, he recorded the “final declaration” announcing the separatist group had completely dissolved.

Created in 1959 at the height of Francisco Franco’s dictatorship, ETA waged a relentless campaign of killings and kidnappings in its fight for an independent Basque homeland in northern Spain and southwest France, leaving at least 853 dead.

Weakened in recent years by the arrest of its leaders, ETA announced a permanent ceasefire in 2011 and began formally surrendering its arms in 2017.

Then last year in May, it formally dissolved.

Sallanches Mayor Georges Morand told AFP that Ternera, who is believed to be seriously ill with cancer, had been arrested “on the parking of the Sallanches hospital where he was going for treatment.”

Spanish authorities had been trying to track down Ternera since 2002, linking him to an attack on a police barracks in the northern city of Zaragoza in 1987 which left 11 people dead, including five children.

Hugely influential within the group, the 68-year-old led ETA from the late 1970s to at least 1989 when he was detained in France.

According to French anti-terrorism experts, at the time he employed a strategy of terror to force the Spanish government to negotiate Basque separatist demands.

He is thought to have introduced ETA’s 1980s strategy of combining car bomb and shooting attacks, for instance.

After his detention in France in 1989, he was extradited to Spain and spent four years in jail, after which he was released, said Dominguez.

He was elected lawmaker for Herri Batasuna, a radical Basque nationalist party widely considered to be ETA’s political wing.

He is wanted since November 2002 when he went on the run after being summoned for questioning at the Supreme Court over the 1987 attack on the police barracks.

While in hiding, he took steps towards negotiating a peace deal between ETA and Spain, taking part in negotiations with Spain’s Socialist government in Switzerland and Norway.

But he was shunted aside in 2006 as more hardline elements took control, even if he still wielded influence within the weakened group.

That infuriated some of ETA’s victims, who said the separatist group should first and foremost condemn its history of violence and shed light on more than 350 unsolved crimes.

Ternera “lived near Saint Gervais les Bains, an area popular for winter sports,” the interior ministry said in a statement.

The mountain town is near the border with Switzerland.

He was detained in a joint operation by Spain’s Civil Guard police force and France’s intelligence services.