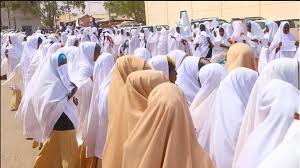 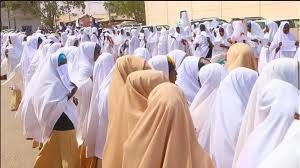 Students in El-Afweyne have resumed their studies after their education was interrupted for nine months by inter-clan conflict in this part of northern Somalia’s Sanag region that led to the closure of all schools and health centres.

A committee of elders from both clans, as well as ministers from the Somaliland administration, politicians and other leaders worked for 18 days seeking to reach an agreement to end the conflict.  A peace deal was reached at the beginning of August, enabling families displaced by the conflict to start their return home.

So far, around half of the 5,000 families who fled have returned. The rest remain uncertain about safety.

1,500 students are back in the classroom. But only five of the 14 schools have reopened as the rest were being used as military camps for Somaliland troops.

According to the chief of El-Afweyne, Abdirahiim Yusuf, there are another 3,100 students yet to come back to the area to resume studies.  He noted that many of the schools have suffered significant damage as a result of the conflict.

Mohamed Farah Omar’s two sons aged nine and 12 were due to move up to Standard Four in August but have been forced to stay back. However, Mohamed said he is happy to see his children back in class despite the lingering uncertainty in the area.

Mohamed and his family of seven returned home on 3 August from Erigabo, 90 km away, where they had fled to shelter with relatives.

The hospital and three Mother and Child health centres (MCHs) have also reopened. Dr Nasir Abdirahman Mohamed, coordinator of the ministry of health in El-Afweyne, said all the medical workers in the area left when the conflict erupted. Four doctors and 32 nurses have now returned to work and the MCHs were restocked on 7 August.

Dr Nasir said within a week of reopening, 240 people had visited the health centres.  More supplies are needed to cope with demand.

Businesses and markets in the areas have also begun to open up again.

Sahra Ahmed, a mother in El-Afweyne running a small stall, told Radio Ergo that during the conflict she could not earn a living at all.  She described the past nine months as like living in a limbo without food, health and education services for the children.