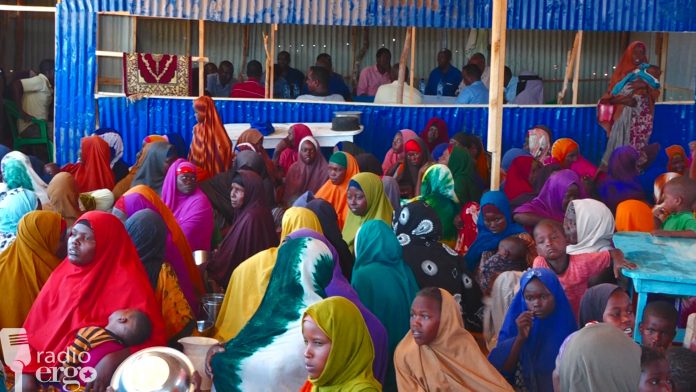 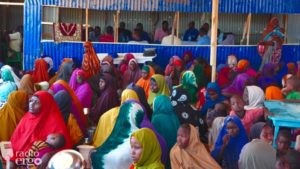 Around 3,000 families fleeing violence in Ethiopia’s Somali region have crossed the border into Somaliland, where they are mostly seeking refuge with extended family relatives in Somaliland.

Women, children and elderly people make up the majority of the people fleeing from Jigjiga, capital of the Somali region of Ethiopia, and crossing the border at Wajaale town in Gabiley district of Maroodi Jeex region and Hariirad in Somailand’s Awdal region.

The Commissioner of Gabiley, Mohamed Ise, said the people were displaced from Horfadhi, Gobyarey and Magaalo-Qaran in Ethiopia and are now settling in Borama, Hargeisa, Wajaale, Berbera and Burao in Somaliland.

Hodan Samriye Maydane, a mother of four from Jigjiga, said she has been given shelter and adequate food for herself and her children by relatives, who gave them a room on 8 August.  Two of her children in grade two are now out of school. She left Jigjiga due to the uncertainty and the closure of shops after the military seized control of the city. She was unable to buy food so decided to leave.

Before reaching Hargeisa, Hodan said she was held up by the Liyu police of the Somali-Ethiopian region, who tried to prevent her crossing the border.

Earlier this month, the deployment of Ethiopian forces to Jigjiga led to clashes involving deaths between federal forces and the region’s controversial paramilitary Liyu police.

Abdirashid Ahmed Hassan, an advisor in Somaliland’s Immigration Office, said more than 600 families crossed the border at Wajaale in the space of two days.  He said the authorities are accepting everyone s seeking asylum from Ethiopia regardless of their ethnicity.

He added that immigration officers have given those arriving free transportation to their relatives in Somaliland.

The people arriving from Jigjiga mainly have relatives in Somaliland and hope to return back to Ethiopia once peace is restored in their areas.

Halimo Muhumed Fure and her eight children have been staying with relatives in Gabiley for four days. They fled Jigjiga in the heat of the clashes and did not have time to collect any clothes or other belongings.  Halimo said they get food and other essentials from their relatives, but she is worried that the host family cannot continue to support them for long.