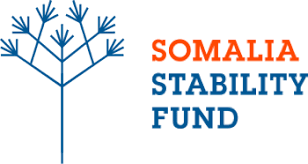 The Somaliland Gov has cancelled of an investees workshop which was supposed to be held in Hargeisa. The participants of the program were drawn from Somalia and it was due to take place in Ambassador Hotel. The event was supposed to commence yesterday.

The ministry of national planning has apprised of Somalia Stability Fund to repatriate the attendees back to Southern Somalia as Somaliland is not part and parcel of Somalia.

The reason for Somaliland taking this decision was to show that Somaliland’s sovereignty will not be comprised as far as the statehood is concerned.

Somaliland Gov has added that it won’t accept any events or activities designed for Somalia to be hosted in Somaliland.

The press statement issued by the planning ministry has said that Somalia should discuss their issues within their country.

It was barely a month when Somaliland gov has taken another decision by suspending ILO activities from Somaliland.

SL accused ILO of undermining its sovereignty and that projects aimed at carrying out in Somaliland went into the corrupt pockets of Somalia stooges. 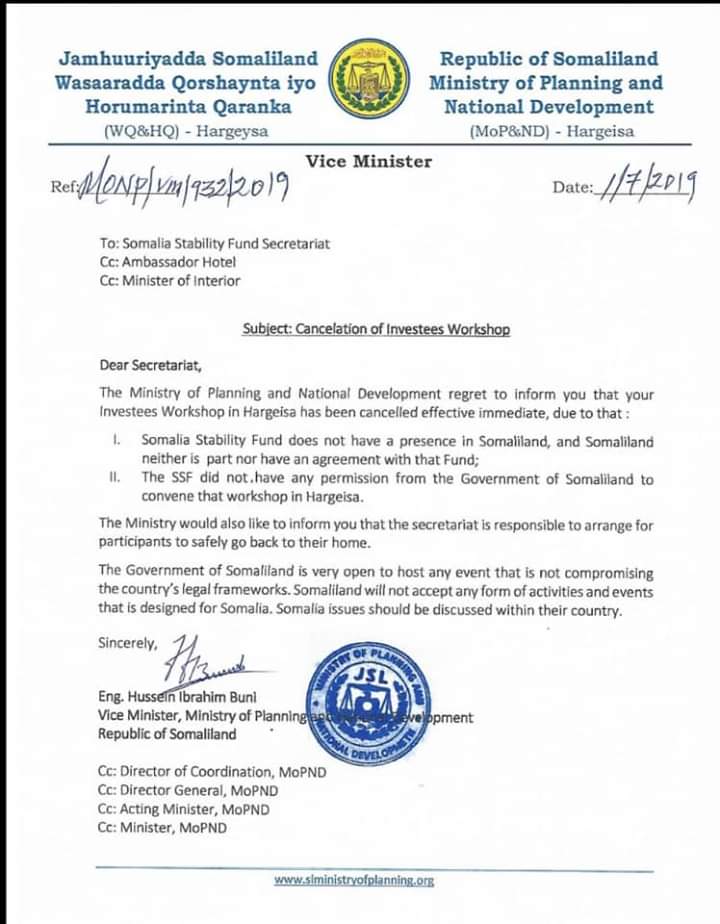