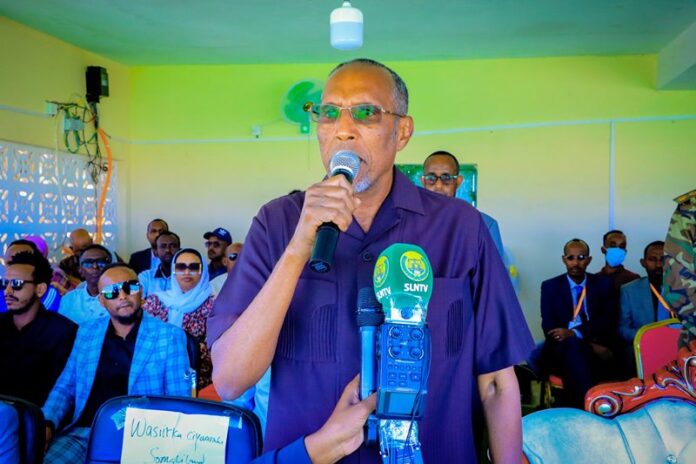 President Musa Bihi Abdi, speaking at the opening of the Somaliland soccer Champions League tournament in Berbera, Thursday, shot back at opposition reiterating that political associations will open in accordance with Law No. 14 and the Constitution.

“Political A\associations will be opened for registration and eventually for election come May 2022 in accordance with the laws of the nation,” he said at Berbera’s Abdalla football stadium.

“I call on the opposition to not confuse the issue and respect the law,” he added.

President Bihi was responding, it is understood, to strident calls on the part of the two opposition parties leaders.

Both Faisal Ali of UCID and Abdirahman Mohamed Abdullahi of Waddani called for nationwide disobedience of the government’s call for political associations to open in preparation for next year’s presidential election.

Opposition parties want to go to the elections without running against political associations some of whom may defeat all or some of the three existing parties counting the ruling party, Kulmiye, who shares the same fate. Law No. 14, first passed in 2012, and added to subsequently, calls for the political associations to run against each other during the last six months of the ten-year life of political parties in order to identify the next three national parties . Current term of national parties ends in December 2022 – less than a complete month after 13 November the date slated for the presidential election.

The government’s declaration pitted MPs of the House of representatives against each other resulting in 47 of them submitting Law No. 14 to the country’s Constitutional Court for interpretation to clarify contested legality of the government’s call.

Berbera is – for the first time in history – hosting the champions’ tournament which brings together close 1000 players and officials from the major regions of the Republic of Somaliland.