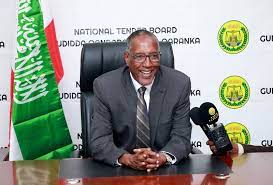 Somaliland President Muse Bihi Abdi will deliver a keynote speech at Heritage Foundation on March 14 to address “the great potential that exists in stronger ties between the US and Somaliland” during his first visit to Washington, the think tank has said.

Speaking at a parliament hearing in January, Somaliland Foreign Minister Eise Keyd said that Bihi would depart in March on his first trip to the United States since he was elected President in 2017. His trip follows a visit by US congregational staff delegation to Hargeisa, the capital of  Somaliland.