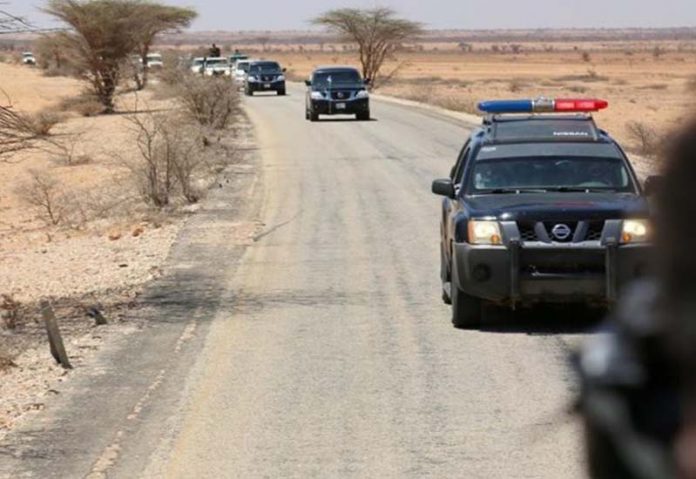 Four soldiers were killed and 7 others wounded in a roadside accident on Monday while escorting the motorcade of the leader of Somalia’s northeastern semi-autonomous region of Puntland Saeed Deni to the town of Garowe, Dalsan Radio reported.

A vehicle transporting Deni’s bodyguards flipped over on a major highway between Dangoroyo and Libaho villages in Nugal region. Soldiers injured in the accident have been immediately rushed to a hospital in region’s capital, Garowe.

Deni was returning from the coastal town of Bosaso, where he had reached an agreement with a mutinous military commander and concluded elections for 16 parliamentary seats in a single day, when the accident occurred.

Several of his bodyguards were killed last month after his convoy had been struck by Al-Shabaab-claimed roadside bomb attack near the commercial port city of Bosaso.