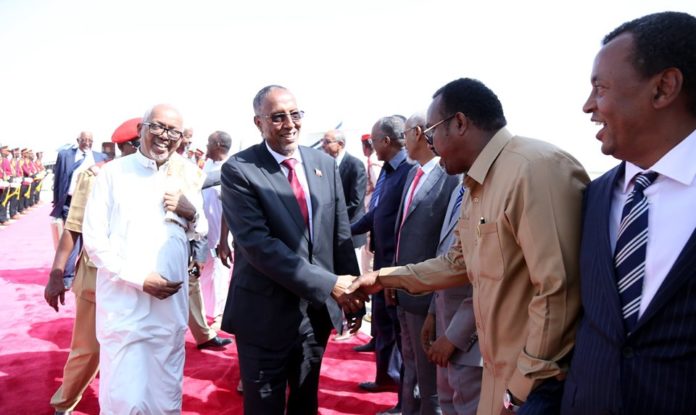 The delegation was met at the airport by the Somaliland Vice-President, Abdirahman Abdillahi Ismail, “Saylici”, senior government officials, members of both chambers of parliament, the commanding officers of the various branches of the Somaliland Defence Forces and other dignitaries.

Speaking to the media, the Somaliland Home minister, Mohamed Kahin Ahmed, who was part of the delegation, outlined their visit to Saudi Arabia, and their meetings with both senior Saudi officials and the Somaliland community in the kingdom.

The President returns home to engaged with several pressing issues, including the ongoing stalemate pertaining to parliamentary and local elections, the El-Afweine situation, the Caare insurgency talks and the recent blatant aggression by the Puntland militia.