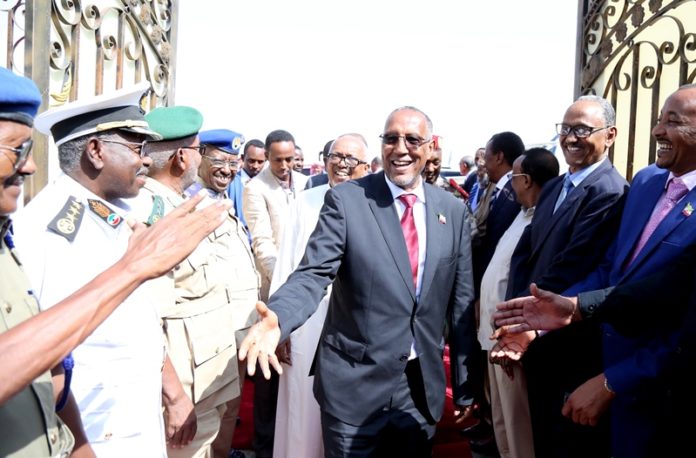 The home affairs minister, Mr. Mohamed Kahin Ahmed, who was part of the president’s delegation briefed on the trip to Saudi Arabia.

The president was among the list of foreign dignitaries that the Saudi King has invited to perform the Islamic pilgrimage ritual known as Hajj.

The interior minister has said that we have performed the Hajj ritual and we prayed that our good deeds will be accepted by the grace of almighty Allah.

Mr. Kahin has disclosed that the delegation led by the president conferred with Saudi cabinet minister who is responsible for African affairs.

Mr. Mohamed said that they discussed with the Saudi minister on issues concerning the security in the Gulf of Aden.

The interior minister revealed that Somaliland has maintained its earlier stance on the Gulf crisis.

He also stated that piracy, human trafficking and illegal fishing in the Red Sea were part of the discussion in the agenda.

It is a norm for Somaliland officials to not disclose to the media on the issues that they raise with foreign dignitaries that they meet behind closed doors as well as behind the curtains.

The president was accompanied by the minister of interior, public works, and his mother during his visit to Saudi Arabia