In the meeting, the two sides discussed cooperation between the UN & Somaliland and UN plans and projects.

The UN envoy and Somaliland President agreed to further hold future talks to boost the cooperation between the two sides.

President Bihi & James also discussed the upcoming Somaliland parliament and local council elections as well as the funds that UN provides to Somaliland to hold polls.

After the talks, Ms. James Swan lauded the government, the political parties, National Election Commission and SL populace in their commitment to hold the upcoming elections in Somaliland.

Other issues that were high in the talks were security, and the crucial role that Somaliland plays in the stability in the Horn of Africa.

UN Envoy to Somalia, James Swan was accompanied by WFP, UN Women, and UNHCR officials and other UN officials based in the capital. 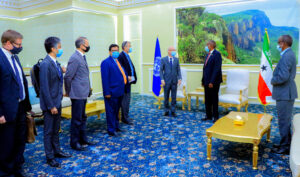 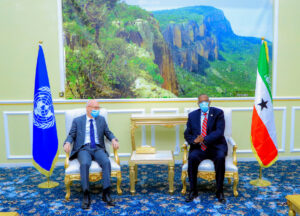 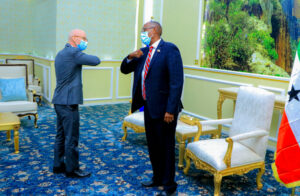 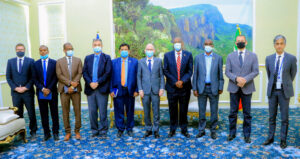 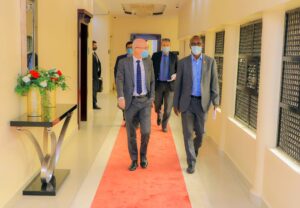