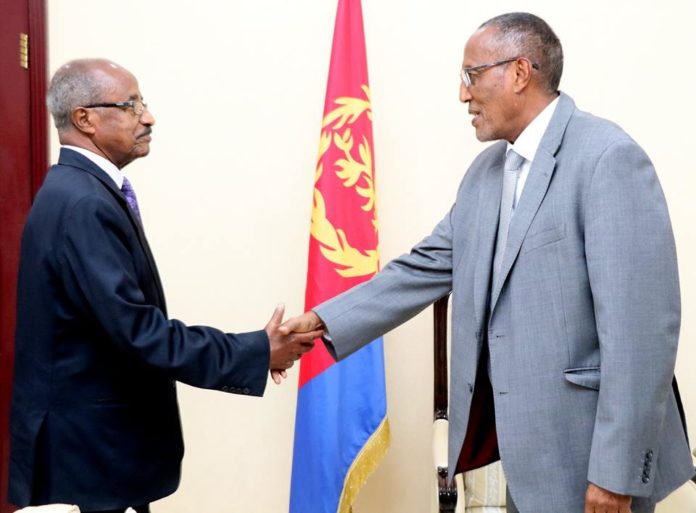 The High level Eritrean delegation arrives today in Somaliland the first foreign minister to have visited the enclave since its secession from Somalia in 1991.

Upon arrival at Egal airport in Hargeisa, the Eritrean delegation was received by the deputy president, Sayli’i, FM, Mr. Yasin Faraton and the finance minister, Dr. Sa’ad Ali Shire.

The Eritrean delegation was later escorted to the presidential palace in Hargeisa.

The two leader held discussions that lasted for hours.

In  press briefing, FM, Mr. Osman Salah said that the time has come to review the current situation of Somaliland as a republic and would report back to Eritrean leader on the fact finding mission.

Mr. Salah has stated that Eritrean President, Isias Afewerki has dispatched the delegation to Hargeisa in order to get to know more on Somaliland.

Mr. Osman has been briefed on the security, trade and thriving democracy in Somaliland and will report back to his Eritrean counterpart.

As SL FM said that the mission behind Eritrean delegation’s visit to Somaliland is to boost coopeartion between Eritrea and Somaliland.