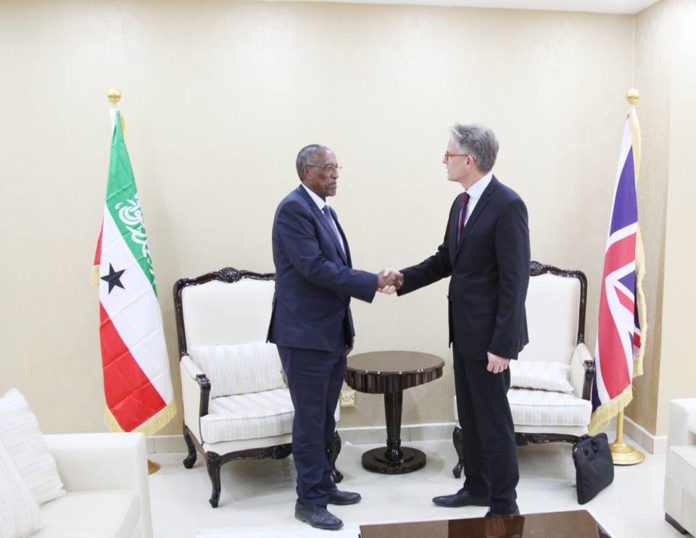 The meeting discussed the latest development on the preparation of upcoming parliament and local council polls, increasing humanitarian aid allotted to Somaliland on the areas of health, joint cooperation on security in the region and job creations for the youth.

The president and the British envoy to Somalia/Somaliland also talked about the realization of Berbera Corridor which is vital for the economic integration of the Horn of Africa as the David Concar said. The British envoy pledged to earmark funds for the building of Berbera-Wajale road. Hon. David Concar, UK ambassador to Somalia has been replaced and Somaliland president has bid him farewell today as he held his last meeting with him.

UK head of mission to Somaliland, Hon. Stuart Brown was in attendance during the high level talks between Somaliland leader and UK ambassador.