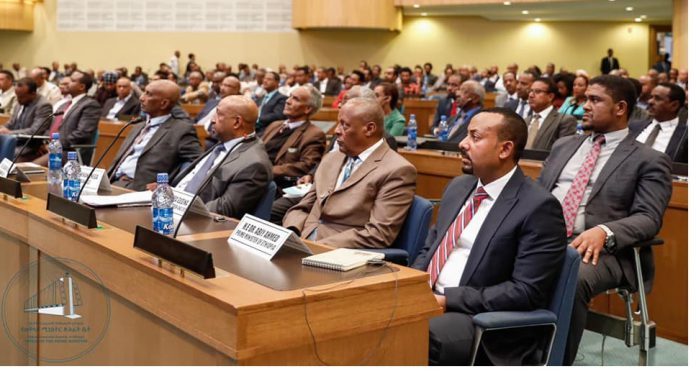 The Premier made the remark while presenting a paper on democratic political culture and diversity at discussion forum held today among competing political parties at the Economic Commission for Africa.

“The way forward to nurture a meaningful democracy is to work in an integrated manner across political lines,” The Prime Minister said.

He further noted that building a strong democratic culture in Ethiopia necessities ensuring political spaces are inclusive, all actors work to strengthen the capacity of government and focus on building trust.

The Premier acknowledged the positive aspects of Ethiopian political culture to be advocating for justice, diversity, long history of government and freedom orientation. He stressed the new generation needs to capitalize on these positive aspects.

The discussion platform, which is unique to Ethiopia’s political history and narrative, follows the initial meeting hosted by the Prime Minister a few months ago.

Today’s meeting has been organized with a key objective of nurturing the peaceful exchange of political thought in this period of political transition, according to Office of the Prime Minister.