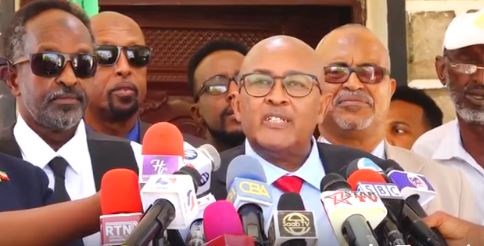 In a press conference, Wadani party Chair, Mr. Abdirahman Irro said that they jointly comply with the decisions made by the mediation panel which voluntarily undertook to break a peaceful settlement over the political impasse in the country.

He said that they have welcomed the recommendations for the interest of the populace, the unity of Somaliland and the progression of the state’s democracy.

“The two opposition parties have endorsed the verdict issued by the mediation committee in regard to the row between the opposition groups, the government and the ruling party regarding the interest of the public, the state’s unity and to revive the fragile democracy in Somaliland.” said Irro

He added that the opposition party gave up the grievances against the former election commission.

Meanwhile, the government also thrown its weight behind the resolution from the council. 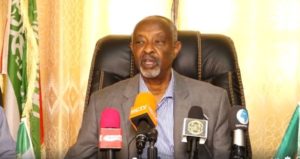 The interior minister, Mohamed Kahin Ahmed, said that the gov’t fully abides by the ruling  and the advice of the independent panel.

The council issued resettlement calling on the disbanding of the current Election Commission members which were sworn in to office last month.

It further called on the reinstating of former Election Commission.

The bone of contention is that  Wadani refused to cooperate with former NEC members accusing of irregularities during the last presidential polls in 217.