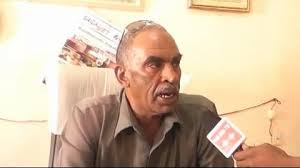 Mohamed Muse Diriye, Somaliland minister of information, has appealed to the international community not to waive the federal government’s debt. In a press conference at his office in Hargeisa, the minister also reminded that there is a weapons embargo in effect on Somalia that prohibits Somalia from importing weapons.

The minister Mohamed Muse Diriye, who is also the official spokesperson of the Somaliland government, clarified the government’s opposing stance on the ongoing debt relief to Somalia. He said that if Somalia is cleared off debt it would get the resources to crush regional administrations and disrupt the politics of the Horn of Africa.

The Somaliland minister pointed out when the international community throws a little bit of aid to Somalia, the current administration in Mogadishu uses to interfere with regional governments and if they more money they will try to wreak havoc throughout the region.

This Horn of African nation has about $4.7 billion in external debt, accounting for about 100% of its GDP, which the Fund has declared to be unsustainable.

To qualify for the debt cancellation, Somalia needs to convince the IMF, which recently convene its board of directors to review the country’s progress.

Somali Finance Minister Abdirahman Duale Beileh said recently during an event at the Brookings Institution Think-Tank that he expected a decision on debt relief in February 2020.

The Information minister, Mr Diriye, also has urged the international community and the African Union not to give weapons to the Somali federal government and its President Mohamed Abdullahi Farmajo, whom he claimed that he is willing always to start wars in the entire Horn of Africa region.

The fact that the Farmajo’s government in Somalia today has been trying to suppress and interfere internal affairs of most of its Federal states, and now the Federal government wants to get more weapons from Eritrea and Turkey after it has already been given them from other unnamed countries. He said that IGAD and African countries know that there is weapons embargo to Somalia,

The Minister stated that weapons acquisition by Somalia would endanger Somaliland and the Horn of Africa at large.

The Minister of information in his address to the International community through the local media stated that “We want the world to be careful and if they allow him to get weapons, we too should be allowed to import weapons”.

In addition to Turkey, in January this year, Qatar has supplied 69 armored trucks to the Somali government in Mogadishu.