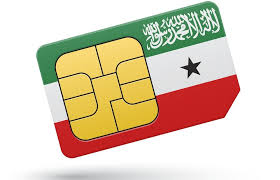 Somaliland government is putting in place regulation on technical connectivity between telecommunication companies.

The Minister of Communications and Technology Abdiwali Sheikh Sufi said in Hargeisha that while there have been some hurdles to implement this, the government has set a target that it must be enforced by next year.

“It was tried twice and both times, it failed. “The telecommunications Code of Conduct 50 of 2011 stipulates that networks must talk to each other,”  said Abdiwali.

“We have now developed a networking telecommunications companies’ regulator. This we have been working with companies on technical connectivity and they do not have a choice. We are looking forward to its implementation next year,” he stated.

There have been efforts since 2010 by the government to regulate interconnection between these two telecommunication providers with no success. Currently, customers of these two providers cannot make direct calls to each other or make mobile money transactions.