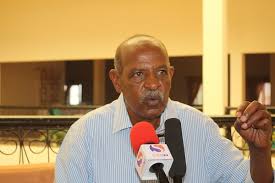 Ahmed Kijandhe, a member of Somaliland House of Reps. has been accused of involved in a planned attack on a vulcanizer over slight dispute that has erupted between him and the victim. Abdirahman Mohamed Hog, who is also a member of Somaliland House of Reps. has condemned the attack with the strongest possible terms. Ahmed Abdi Kijandhe, a member of House of Reps. is alleged of being involved in a serious injury to a local vulcanizer in the capital Hargeisa on Wednesday. Reports indicate as a dispute came after the vulcanizer who is a 21 years old guy asked for his money after he did services and the MP turned the message on deaf ears. Hoog who is also a member of Somaliland House of Reps. described the attack as a calculated one. He said such incident was not supposed to be involved by Somaliland lawmaker. Hoog highlighted that alleged MP hired a group of mobs to launch the attack on the innocent vulcanizer who was working opposite his supermarket. The victim who is in coma has been admitted at Royal private hospital in Hargeisa. The MP urged the security agencies, the parliament and the judiciary to take the legal actions against the irresponsible MP. Hoog said: “The MP is invloved in a gross misconduct and if the victim dies on this attack, it should be a murder and now what the MP committed is an attempted murder. The victim is a Somaliland national. You cannot beat a foreigner in such a dis-respective way in the country. Ahmed Kijandhe has not yet commented on the allegations that he is leveled against him but the entire public is keeping a watchful eyes on the response that he is going to this grave accusations and how he will react to it.