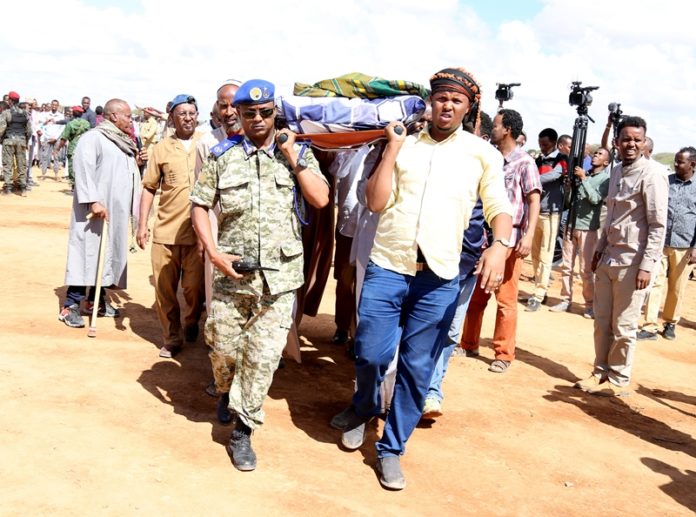 Somaliland’s president Musa Bihi Abdi attended the burial service was held at Toon village which is located in the south of Hargeisa.

The late MP was pacifist who played a lion’s share when it comes to the rebuilding and the reconstruction of Somaliland in the post civil war.

President Bihi has prayed for the long serving legislator that late Abdi Warane will be at the mercy of the almighty Allah. The late Abdi Warabe died at the age of 122. 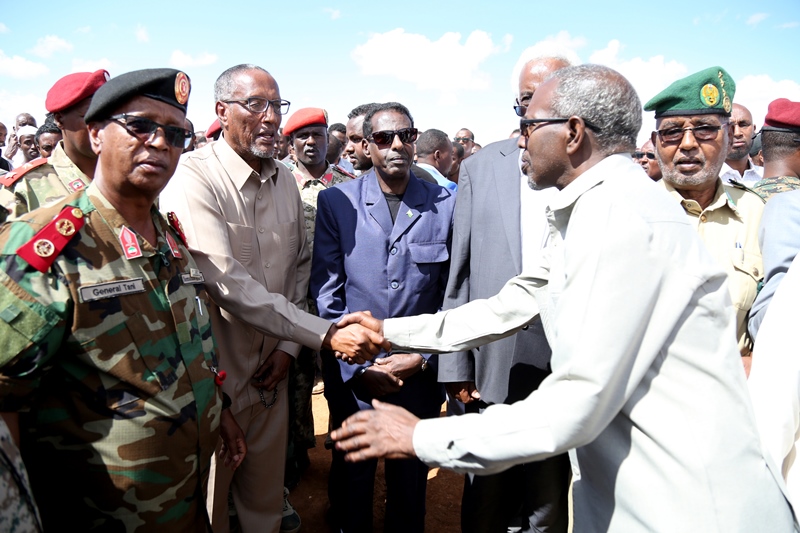 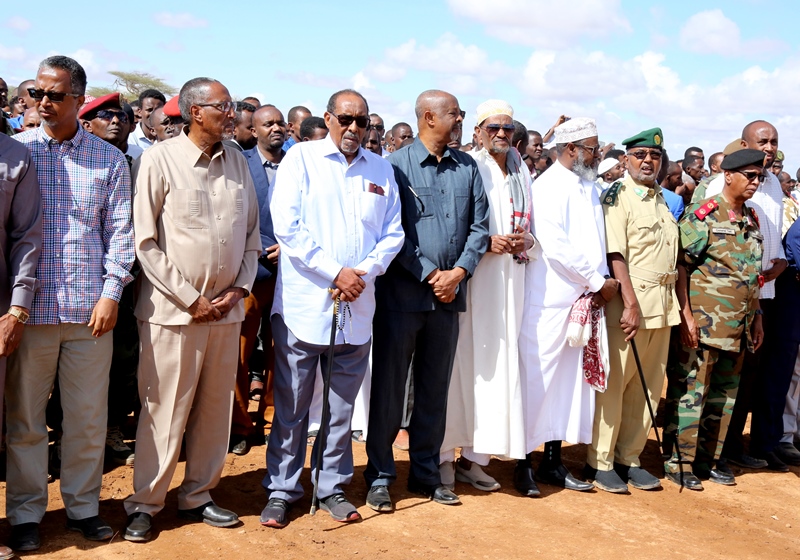 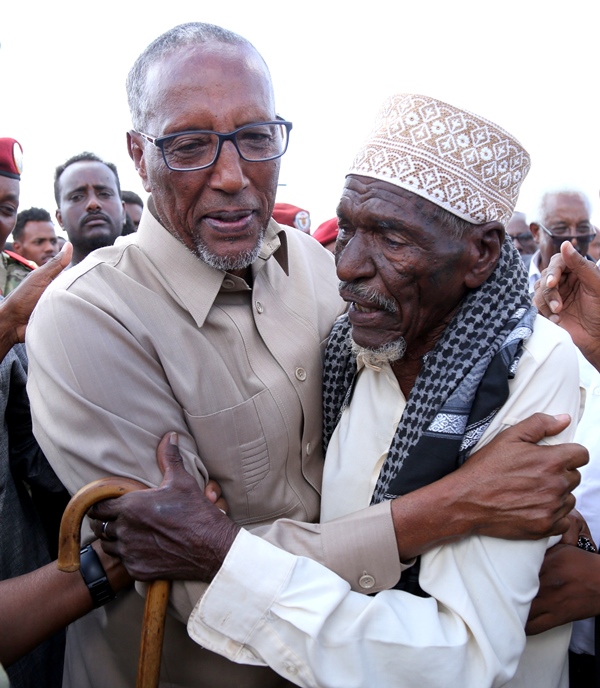 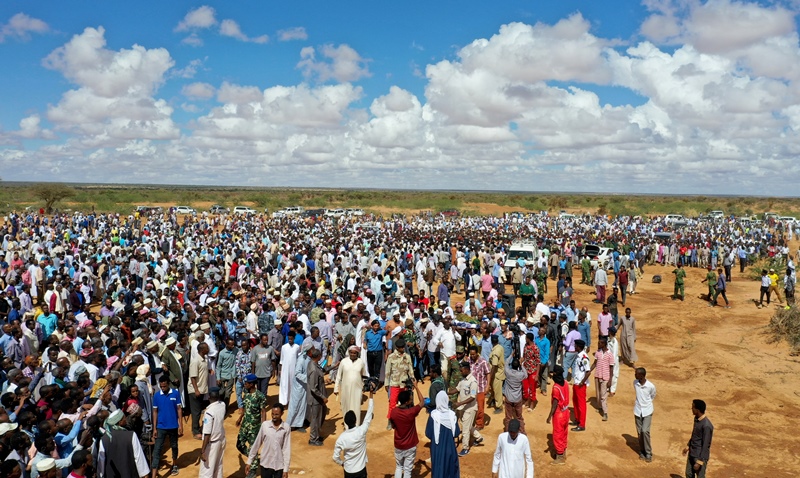 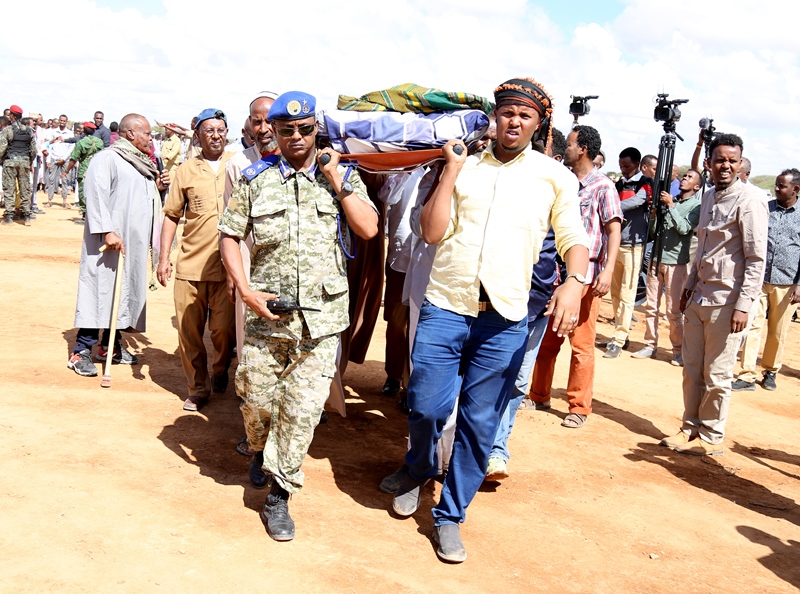