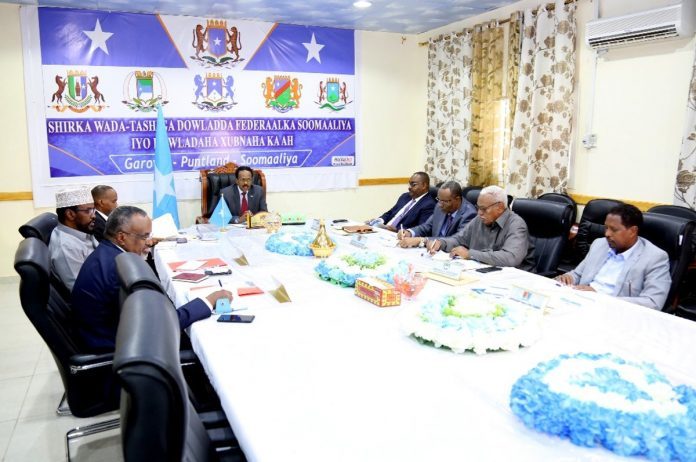 Garowe–The government of Somalia and its federal member states which convened for six day gathering in Garowe have ended without reaching a common consensus on contentious issues that were top at the consultative conference.

The meeting ended without the parties reaching a deal and political analysts have said that this was an opportunity that all leaders have let to pass by.

The consultative conference kicked off on the 5th of May in which the sides were meant to reach a lasting resolution in order to narrow at least their differences on petroleum act, the electoral bill and the review of the constitution.

The Federal member states have called on the reversal of the petroleum and electoral bills passed by Somali cabinet and sent to the parliament until a unanimous agreement is reached.

The regional leaders have argued that when it comes to these pressing issues were not given a room for consultations.

Galmudug state president expressed his disappointment over the collapse of the talks and said that the Federal government has disrespected the Djibouti power sharing accord.

Jubaland leader, Ahmed walked out of the forum and left for Kismayo from Garowe where he is expected to hold press briefing on the failed consultative meeting.

The government of Somalia is expected to issue a statement on the forum.