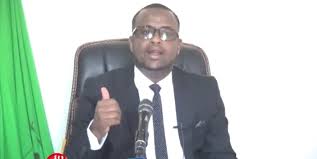 HARGEISA– Opposition Party UCID has called upon the release of jailed journalist in Hargeisa. Information Secretary of UCID party, Yusuf Keyse has claimed that Abdikadir Oday has been illegally held captive on the 18th of December last year.

Yusuf Keyse condemned the way the journalist was detained. He stated that the government had to follow the press law while persecuting the journalist.

He appealed to the government to release him unconditionally in order to save his life.

Abdikadir Oday has been in police custody for the last 20 days after the television that he was the chief editor aired document of FlyDubia complaining the situation at Hargeisa Egal International Airport.