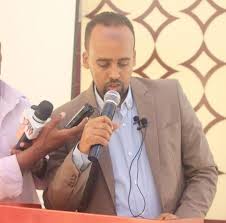 The minister, Mustafe has suspended the DG, Abdirahman Sheikh Hassan and stripped him from powers of authorized signatures.

The minister wrote a letter dated on the 26th August to the DG informing him that he was suspended and that he was not authorized to sign official letters of the ministry.

The minister in his letter has made allegations against the DG and forwarded it to Somaliland President.

Meanwhile, the DG responded the accusations that the minister leveled against him in the letter and also addressed it to the Head of State.

It is expected that President Bihi is due to resolve the spat between the minister and DG at the justice ministry.

It has become a repeated norm in Somaliland government officials to engage in a civilized and honorable manners while at the helm of government ministries.