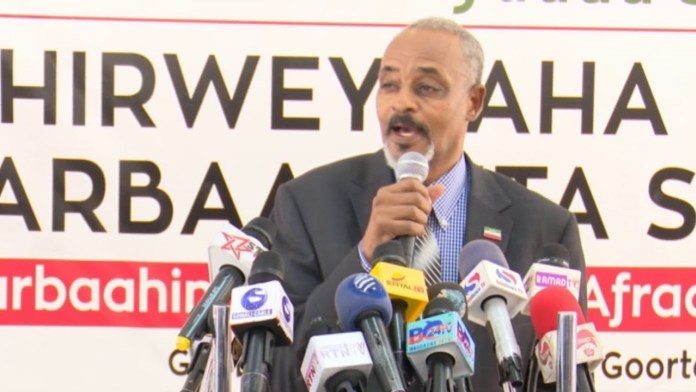 The minister is also reported to have delegated his duties to the deputy information minister on temporary basis according to reports.

The deputy information minister, Mr. Mohamed Muse Abees who has been out of the country is due to return back to the country today.

The minister of information is due to appear before the court in Hargeisa as reports indicate where he will face corruption allegations that he will be tried.

There are reports that confirm that the anti-graft authorities demanded an arrest warrant to be issued for the detention of the minister who obstructed justice.

The anti-corruption authority in Somaliland launched a thorough probe into the information ministry which led to the captivity of the director general who resigned days before he was arrested but he was later released on bail.

The director for the accountant was taken into custody awaiting to be brought before a court of law. It is well known that corruption has become widespread in the ministry of information whereby previous anti graft authorities made similar arrests.