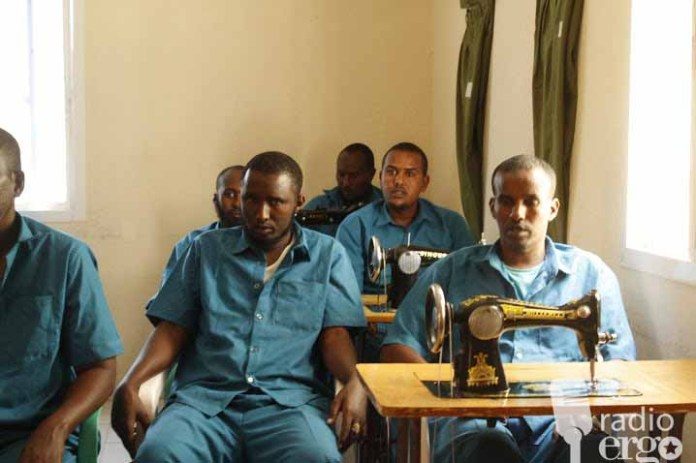 Life for people with mental health conditions can be difficult even after undergoing treatment but Anwar Adan Farah, 54, learnt technical skills in hospital that have improved his life.Farah was admitted in 2012 at Sahan Mental Hospital, a private hospital in Hargeisa, capital of Somaliland. For two years, Farah underwent training as a mason and electrician while receiving treatment.

The hospital operates a training department that equips patients with vocational skills to enable them to engage in gainful employment and earn a living after completing their treatment.

Since 2014, Mr. Farah, a father of four, has been working as an electrician in Hargeisa.

He earns $20 dollars a day which he uses for the family food and other needs. He also pays $300 university fees per semester for two of his daughters as well as the house rent.

“Having no skills is even a problem for one’s mental health. Since I learnt these skills, I am relieved and I work which gives me confidence. Initially, I thought these skills were of no value,” Farah told Radio Ergo.

The last batch of trainees graduated from Sahan Hospital in September and another 100 are undergoing training. At the moment, the medical facility is treating 483 men and 100 women with mental health issues.

Psychiatrist Dr. Mustafa said the institution, which has been operating since 2008, offers the patients courses including electrical and mechanical engineering, driving, tailoring and masonry.

The hospital charges $80 for treatment although several patients unable to pay have been treated free of charge.

The hospital has treated and trained 400 people in the last 10 years.

“Our aim was to give the patients life changing technical training so that when they go out of here they can support themselves with these skills,” Dr. Mustafa said.

Female patients are treated on an outpatient basis.

Mohamed Sultan, 32, was admitted at Sahal Mental Hospital in 2014. He used to trade in khat. Four years down the line,he is working as a tailor in Hargeisa after being trained.

“At least it is a good job, I work just the same as others and rest when they do,” said Sultan. I usually get $3-4 a day which I use to manage my life. I am no longer a patient, I live with the society with no discrimination.”

Despite the initial perception that tailoring was a low profile job, Mr. Sultan has seen that the skill supports his life better than trading in khat and enables him to live a more healthy lifestyle.