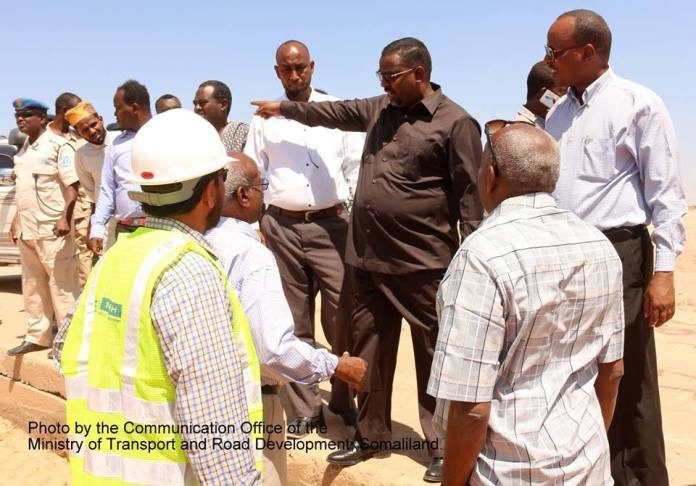 The construction of Berbera-Wajale corridor has officially kicked off as the building work of the first bridge has begun in Da’ar Budhuq.

According to a statement issued by the ministry of transport has stated that a road has been planned for the use of traffic on temporary basis once the building of the bridge is underway.

The minister of transport & road development, Mr. Abdilahi Abokor Osman has embarked on inspection tour in regard to the formal start of the construction of Berbera-Wajale corridor which is underway at the moment.

The engineers who were at the construction site at Da’ar Budhuq bridge confirmed that the temporary road will be completed within seven days where it was planned for traffic use once the bridge building is underway.

The transport minister has reiterated that the bridge is vital for the road construction and is the start of the Berbera-Tog Wajale corridor.

The minister has revealed that the highway road is part of the project that the president of Somaliland has signed with the UAE authority.

He pledged that the current lanes of the road will be expanded as these ease trucks and other huge vehicles for the use of the road.

The highway Berbera-Tog Wajale corridor is a road which will vital for the import and export of Ethiopia’s use of Berbera port.