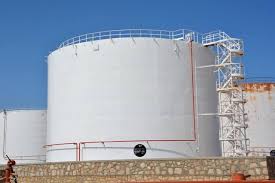 The Government of Somaliland for the first time will build more new oil terminal and storage facilities in port city of Berbera. The government will extend and build more oil terminals and storage facilities in Berbera. The President of Somaliland H.E Musa Bihi has on Saturday laid the foundation stone of the construction of new oil storage facilities during a visit to Sahil region. The newly built oil storage facilities are expected to increase the oil storage by 30 percent. The British which colonized Somaliland built the current Berbera Oil Terminal in 1954. BOT manager, Mr. Ahmed Hassan Embassy has briefed the visiting president over the building of the new BOT in Berbera. The manager has announced that the two oil storage facilities will hold a capacity of up to 10, 000 Meter Cubic. Mr. Ahmed has revealed that the current BOT capacity is up to 43, 000 meter cubic. The manager has said that he is optimistic that the new oil import by the government of Somaliland will come via Ethiopia Mr. Ahmed has said none of the previous governments have not expanded the construction of new oil storage facilities. He told that the Soviet Union once built part of of the oil facilities  in the 1970’s whereby the US government also constructed some of them in the 1980’s. The manager has stated that the current administration will be proud of the realization of new oil terminals to be built in the port city of Berbera. Enginer Ma’alin Aidid has further briefed the delegation led by the president who came to Berbera for his second inspection tour to the Oil Terminal. Mr. Aidid has said that the highest capacity of the oil facility storage can hold up to 4300 meter cubic which was build by the US government back in the 1980’s. It is the first that for the past 65 years that Berbera saw the construction of new oil Facility Storage which could hold up to 43,000 meter cubic.