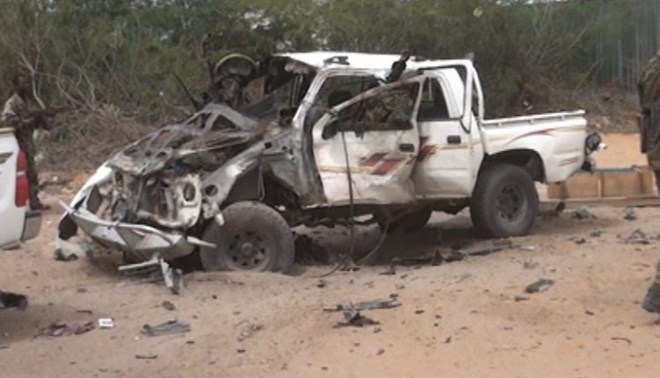 Two regional politicians, three of their bodyguards and one local aid worker were killed by a roadside bomb in Somalia, an official said Saturday.
The explosion took place on the road between the towns of Bal’ad and Jowhar in Hirshabelle state Saturday morning, about 100 kilometres north of the capital, Mogadishu, the state’s president Mohamed Abdi Waare said in a statement.
Terrorist group al-Shabaab claimed responsibility for the attack on pro-insurgent radio station Andalus.
Al-Shabaab, which is affiliated with the international al-Qaeda terrorist network, launches regular attacks within the volatile East African nation.