Somaliland extends congratulating message to the people and President of the world’s newest republic- Barbados.

In a statement yesterday 1st Dec, from the Ministry of Foreign Affairs acknowledging was stated The Somaliland government stands ready to support this proud commonwealth nation on all matters of mutual interest and global interest.

Barbados become a republic ending 400 years of the British royal family as head of state, the island known by some as “Little England”.
Barbados announced the intention to remove the Queen as head of state in September 2020 and Dame Sandra Mason, who was once the Queen’s representative in Barbados, was sworn in the first President in the early hours of 1st Dec morning.

Read below in full Congratulatory message of the Ministry of Foreign Affairs & International Cooperation: 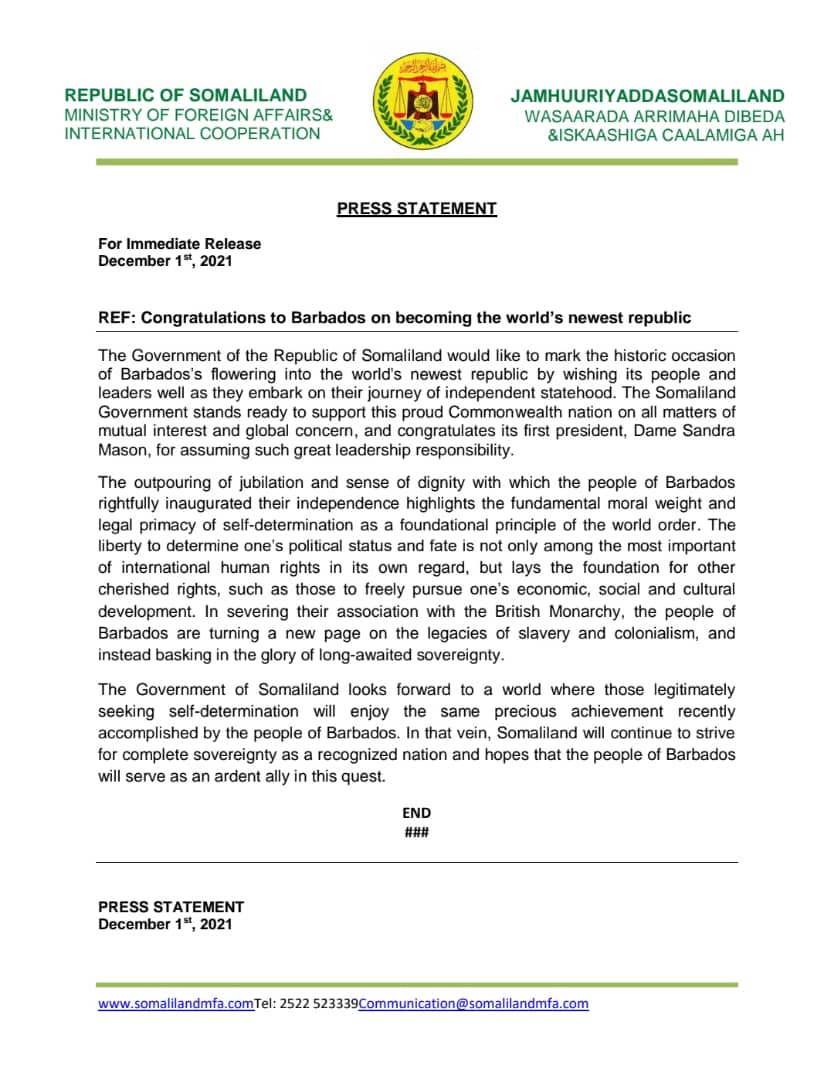