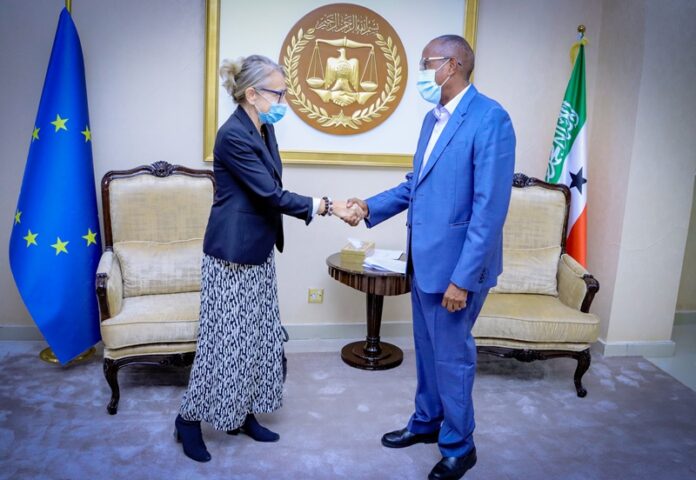 Somaliland President Muse Bihi on Wednesday received the EU ambassador to Somalia Tina Intelmann who arrived in Hargeisa for the first time since she was appointed for the office.

The Head of State of the republic of Somaliland also received Swedish ambassador to Somalia who paid an official visiting to Hargeisa on his first trip since his appointment.

During the high-level talks, the President and EU envoy discussed a number of issues ranging from the upcoming elections, to accelerate and consolidate the EU funded projects which are underway in Somaliland.

The two sides also talked about possibilities of implementing further developmental projects in the country. Meanwhile, the EU ambassador and her delegation extended gratitude to the president for receiving them and his commitment of working with the EU.

No public statements were made by the President and the EU delegation, but the meeting is widely believed to be an introductory meeting since it’s the first the two officials have engaged in talks since Tina assumed office.

The EU ambassador also held talks with the interior minister Mohamed Kaahin and other government officials. The EU has carried out various developmental projects in Somaliland for the past years. 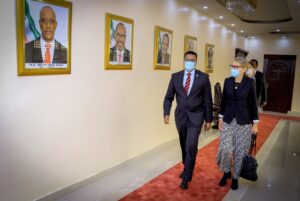 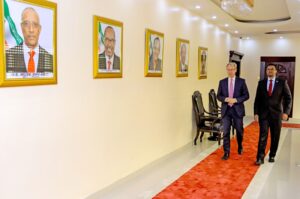 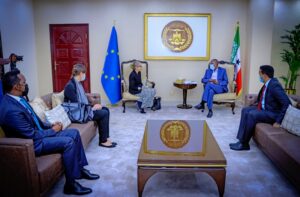 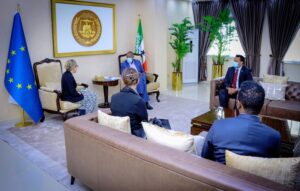 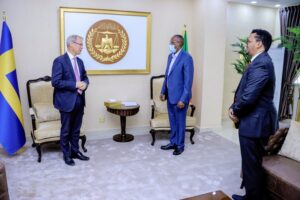 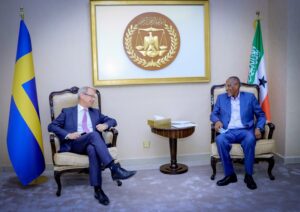 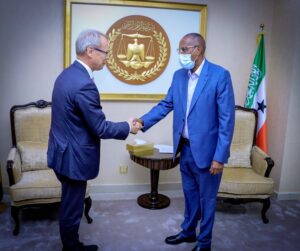 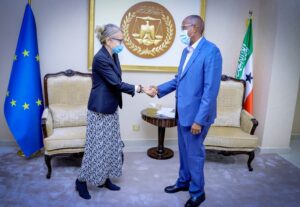