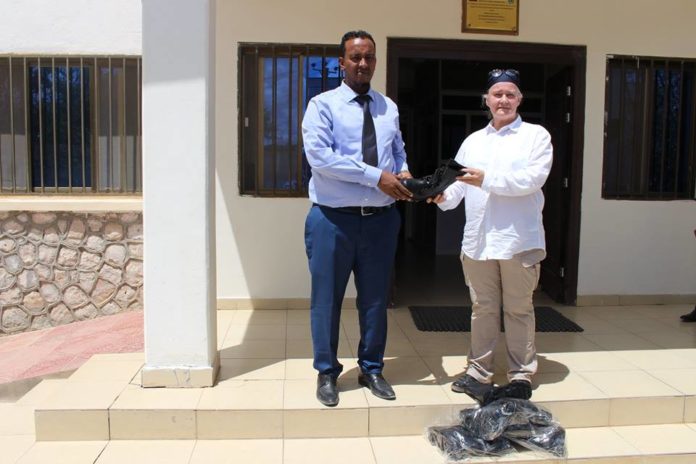 HARGEISA–The United Nations Office on Drugs and Crime (UNODC) has handed over new boots which is intended by Somaliland Custodial Corps. The Justice minister, Hon. Abdikani Mohamud Ateye has accepted the donations of 500 brand new boots from UNODC. The UN has been engaged in a capacity building program aimed at enhancing correctional facilities in Somaliland. The generous donation from UNODC is seen as part of its commitment to supporting Somaliland’s correctional institutions. This builds on previous donations.