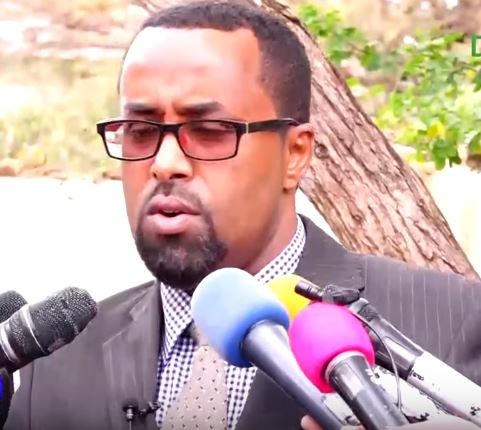 This was confirmed by Mr. Ahmed Abdi Muse alias Abyan, UCID deputy chair in a press conference held on Sunday at its headquarters.
Mr. Abyan has further revealed that the sitting the Speaker of the house of representatives has sued Ramaah at the CID headquarters and is due to answer interrogation questions.
The deputy chair has added that summon has something to do with Mr. Ramaah who has scathingly attacks the house speaker, Bashe.
Mr. Abyan has confirmed that the party officials have gone to CID and came to know the matter.
He further revealed that the country is now moving towards a dictatorial regime where opposition officials are intended to be silenced.
He noted that the opposition party officials have the right to voice concern over the government mistakes but what is happening in Somaliland now is that the government is using excessive powers to harass and intimate the opposition figures.
The party chair and the house speaker recently engaged verbal attacks after the parliament has deductions budget allocations from the opposition political parties and that made the matter worse. UCID officials further noted that the House speaker has claimed that he was defamed by Justice and Welfare party officials.