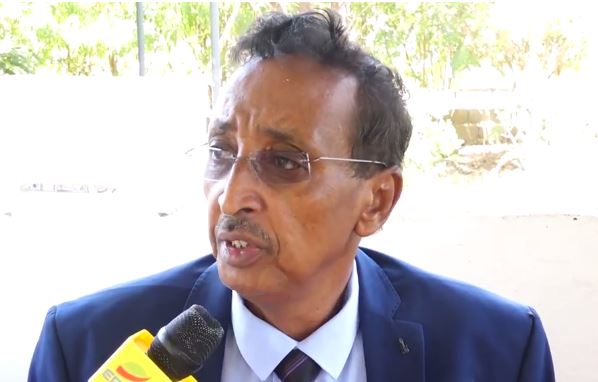 Peace, Unity & Development Party dubbed Kulmiye, a ruling party in Somaliland has responded to the former presidency minister who had announced that he will run for the chair of the party.

Kulmiye party General Secretary, Hassan Said, speaking to the local press has recounted that the incumbent SL president will retain the post for the first five years as his presidency and the post is not open for contest.
He stated unequivocally that Mohamud Hashi is a member of the ruling party and is entitled to vie for the chair as well as anyone within the party who has a political ambition to throw his hat into the ring.
Mr. Hassan has added that the announcement of Mohamud Hashi for Kulmiye party chair has not been declared at the right time.
He went on to say that the decision of Kulmiye party is that it has learnt lessons in previous squabbles between the incumbent Somaliland president Musa Bihi who was the chair of Kulmiye and the former president Ahmed Mohamud Silanyo who locked horns over the party chair post.
He revealed that due to the past wrangles, the Party had reached a decision that the incumbent president will retain the post whist serving his five year tenure as the president of Somaliland.