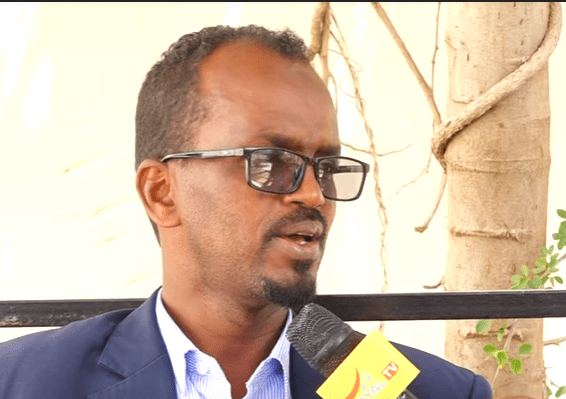 He was responsible for the protection of water reservoir in Abuqays district which is 10 kilometers from Borama.

There were two police officers on duty and who were manning the construction of the reservoir but unknown assailants had killed one police officer whilst the other escaped unharmed.

Awdal police force detained scores from the locals nearby the scene of the killing where the police officer was killed.

The police had not so far issued a statement on who was responsible for the barbaric killing of policeman who was on duty and discharging the national duty.

Borama Mayor, Suleiman Hassan Hadi put the blame of carrying out the heinous slain on the locals.

He pointed out that they are against the development of the region.

“The slain police officer was body guard for the company that is in charge of water supply provision installation system in the west of Borama and was discharging his national duty when he was killed.

The government is behind the heels of the perpetrators of this heinous killing wherever they go into hiding. If the public fail us to inform the spoilers, we will identify them so that the public will keep watchful eyes on them. The government will take tough actions against them. The public was yearning the water installation for the past 30 years.” Suleiman said

No group has so far claimed the responsibility of carrying out the barbaric killing that transpired in Abuqays, a district that lies in the border between Ethiopia and Somaliland.