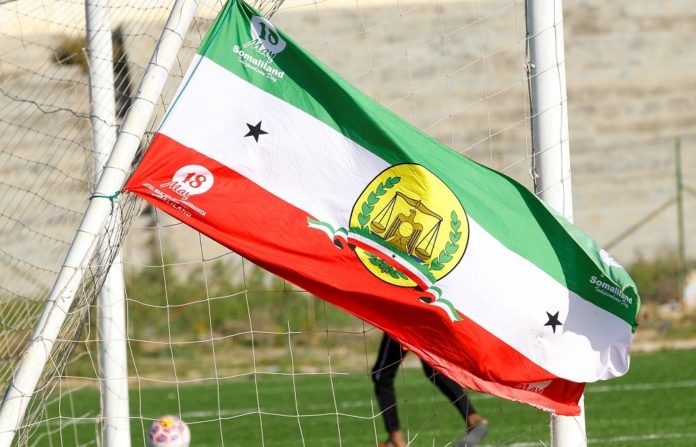 Internationally unrecognized Somaliland is shifting gear towards her push for self-determination through sports.

Somaliland declared its independence in 1991 after the Somali civil war had broken out in 1988, and now claims the territory that was once part of the British Somaliland protectorate.

Despite their government controlling most of the area that it claims, and of being comparatively more stable than the rest of Somalia, the unrecognized nation has not managed to change its status as an international pariah.

It has for three decades now used diplomatic means to gain recognition to the African Union and the United Nations.

All these have not yet bore any fruits despite the country’s leadership and citizenry maintaining there is light at the end of the tunnel.

But the nation now sees sports as another avenue to gain recognition.

“The government is doing its best through political-diplomatic ways to push for international recognition, but we also want the world to acknowledge us as a state through sports,”  said Mohammed Nuh, the Somaliland Director of Sports. 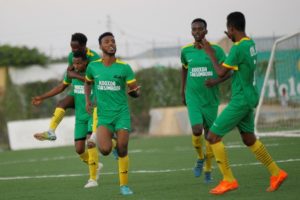 Somaliland has no national team nor a national league.

Just like many African countries, football is the most loved sport in Somaliland. Young boys play football from as early as 7 am in open sandy fields while the well to do hire the indoor artificial turfs spread across the capital Hargeisa, a hugely populated city where camels and donkey-drawn carts merge in traffic with battered taxis and some fuel guzzler four-wheel drives.

The country has invested in artificial turf pitches in all the stadia in the different regions of the country from Hargeisa to Boramo and the port city of Berbera.

Problem is, the young boys may have unrivalled love for the sport and dream to play abroad or for their country, but that will only remain as is, a dream at least until the country gains international recognition.

The president was democratically elected in a “smooth and peaceful” election yet on the world map, the country does not exist.

“It’s sad that we cannot get a chance to market our talent beyond our borders because our country is not recognized,” Fathi Najah, a 22-year-old striker, considered as one of the best players in the country.

Najah plays for the Hargeisa Municipal team and just like many of players in his team and others drawn across the country, their football talent is restricted to the local tournaments and friendly matches the different municipality sides.

Somaliland has no national team nor a national league.

The Somaliland Football Association holds a bi-annual inter-regional football tournament, in which all 13 regions participate in groups stages held across the country, with the final 4 group winners contesting the semi-finals in the capital Hargeisa.

There is some effort to bring the country’s players together through an organized league but the players are alive to the fact that they can only compete against themselves.

Somaliland was a member of CONIFA- The Confederation of Independent Football Associations which is the international governing body for association football teams that are not affiliated with FIFA.

The country had been earmarked to host the CONIFA World cup this year but has opted out to chart a different path.

“We have written to the Confederation of African Football (CAF) to accommodate us an associate member as we push for political recognition, but we are yet to get any response,” says Ahmed Adare, one of the champions for the push for the country’s recognition through sports.

Somaliland’s case is complicated by the fact that internationally, the country is still viewed to be under Somalia who is a member of both CAF and FIFA.

Unlike South Sudan who successfully held a referendum and managed to separate from Sudan before being admitted by CAF and FIFA, Somaliland who too had a referendum to cede from Somalia is yet to be accommodated.

“We are looking at this (Kosovo and Gibraltar) as our inspiration towards joining the world football family,” says Mohammed Nuh.

Ahmed Ali who returned to Somaliland after years in the United Kingdom has set a youth academy in Hargeisa hoping to tap talent from the football-crazy children.

Ali, a former community coach and scout for West Bromwich Albion and Cardiff City believe this is the first step towards pushing for Somaliland recognition through football.

He says: “When I came there were a lot of kids playing football in the streets but there weren’t any organised teams.”  “Today we have over 1000 boys of different ages,” he adds. “There is a real passion to play.”

The passion was evident last month when Sindo United, a relatively unknown lower division side from Homa Bay County in Kenya visited the country for a series of friendlies against municipal sides of Hargeisa, Boramo and Berbera.

“You could see the huge turnout,” says Najah. 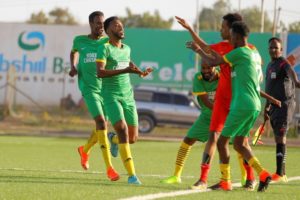 Unlike South Sudan who successfully held a referendum and managed to separate from Sudan before being admitted by CAF and FIFA, Somaliland who too had a referendum to cede from Somalia is yet to be accommodated.

Sindo was the first-ever foreign team to play in Somaliland. They were accorded red carpet reception at the airport and a presidential send-off after the week-long tour.

Youth unemployment is high and many Somalilanders attempt the dangerous journey via the Red Sea. Most of those emigrating are as young as 13 years. Most of them die before they reach their destination.

Cut off from international assistance, the average Somalilander lives on US$347 a year. One in 11 children do not survive to their fifth birthday and the average life expectancy from birth is 50.

And so the ministry of sports believes that through sports, the youth, most of whom are jobless and spend their day chewing khat will be given a new lease of life.

“But that can only happen if they see some hope with their football not in the current state of affairs where they play to nowhere,” says the sports director.

Najah, just like many other Somaliland footballers have reason to dream. It may just come true one.