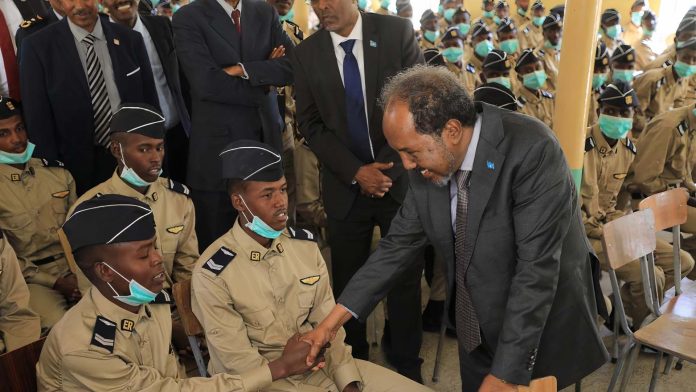 In a statement, Mohamud’s office said he asked Eritrea in July to train some of the thousands of Somali troops, who had earlier completed clandestine military training, as air force cadets.

In July, the Somali leader visited a training camp in Eritrea where about 2,000 Somali soldiers held a military parade, whose fatigued and hollow-cheeked faces triggered a social media backlash criticizing authorities for abandoning the youths after secretly transporting them to Eritrea.

The Somali government said at the time that the troops would “immediately” come back home.

Last month, parents of the youths speaking to local media threatened that they would hold nationwide protests against the government if their sons are not returned home quickly.