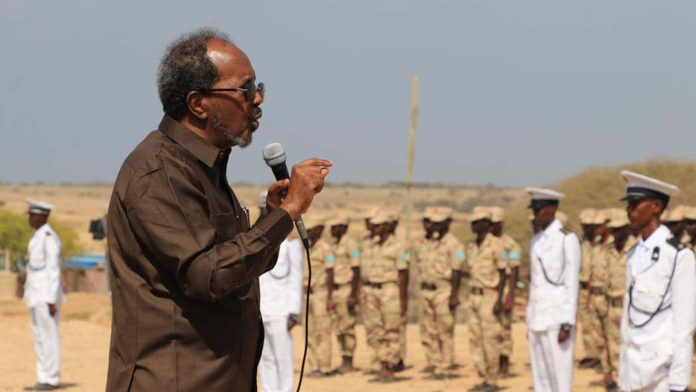 Somalia’s President Hassan Sheikh Mohamud on Saturday met Somali navy cadets receiving training in Eritrea, hours before wrapping up his second visit to the reclusive country since taking office in May.

It came a day after he had visited Somali air force cadets being trained by Eritrean authorities at Mohamud’s request, according to Villa Somalia.

After his first trip to Eritrea in July, the Somali leader promised that thousands of troops, who had completed training in the neighboring country, would come back home but efforts to return them to Mogadishu have yet to gather pace.