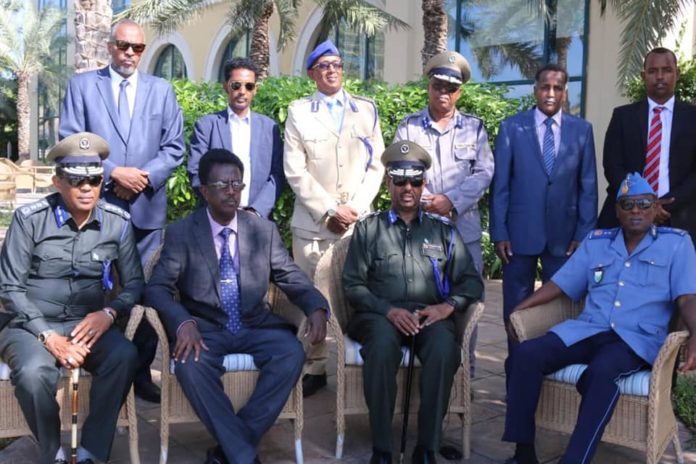 Somali Police Commissioner has today officially closed training for police officers who completed their training in Djibouti which was tailored to boost their skills and knowledge.

The comprehensive training targeted the Professional Standards Unit of the police and covered areas ranging from handling investigations, dealing with witnesses, handling crime scenes and human rights and international humanitarian law, among others.

The trainers advised that elements of the course were tailored to suit the current needs of the police, while the cooperation among the training partners has ensured a balance of skills and experiences being shared.

The workshop which took place at Idris Farah, has attracted officers from different departments including the community policing unit.

Somalia’s inspector general of police Abdi Hassan Mohammed said in a press conference in Djibouti that his term is pleased to be exchanging ideas with their counterpart in Djibouti and close one of the ongoing workshops.

The inspector general added that the two friendly countries have had a long-lasting relationship in the security sector.

Among the skills, the officers received were on the collection of criminal and forensic evidence, handling of crime scenes and application of strategies in the communities they work with.

Other Somali police officers are also receiving training of instruction of specific subjects, equipping them with up to date knowledge and procedures of police conduct, leadership, and management.

They are scheduled to finish their course on Wednesday 4th December.