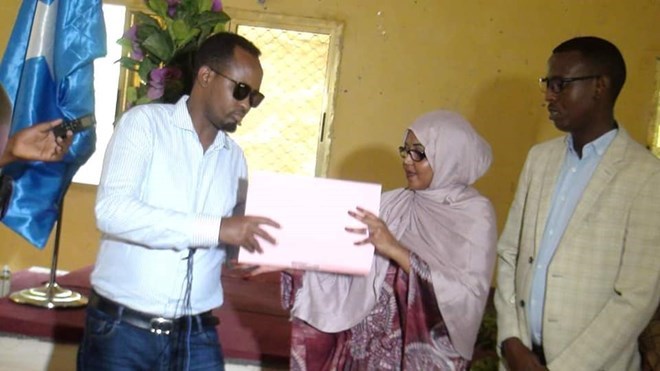 Her rise to the historic position was via the appointment of Mohamed Abdi Waare, leader of Hirshabelle region of which Beledweyne is the capital.

Reports indicate that she is not new to public office having previously served as an official of the Shibis district.

Speaking to the VOA Somali service on her appointment, she stressed that she will not shy from tackling her mandate head-on.

The city is part of the Beledweyne District and serves as capital of the Hiiraan province. The town is situated in the Shebelle Valley some 210 miles north of Mogadishu. It is divided by the Shebelle River into eastern and western sections.

As a conservative Islamic society, the public and political lives of women continues to make significant inroads in the Horn of Africa nation dogged by Al-Shabaab insurgency.

Somalia boasts of women in all facets of public life. Women serve in both houses of parliament, they are women serving in the military and police and a number of ministerial portfolios are also held by women.
List of other female mayors across Africa