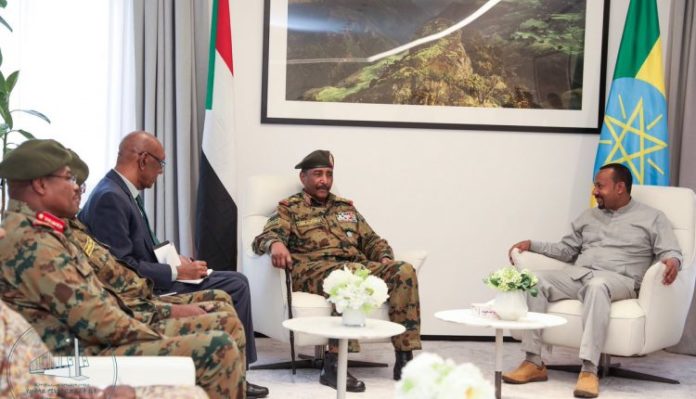 General al Burhan recognized Ethiopia as a close ally of Sudan and asked for the PM to share his advise on key concerns raised, according to office of the Prime Minister.

Prime Minister Dr Abiy assured of Ethiopia’s support through ideas with a commitment to non-interference.

On the request for advise, he shared the importance of being inclusive in the transition process.

Following their discussions, both parties planted seedlings, the office added.

The Military Transitional Council (MTC) and the Declaration of Freedom and Changes Forces, an umbrella organization of opposition groups, were working closely, he said.

Transitional Council and the opposition alliance recently reached an agreement to form a new body to run the country until the next election.

General al Burhan arrived in Addis Ababa this afternoon for an official visit.

Upon arrival at the Addis Ababa Bole International airport, he was welcomed by Muferiat Kamil, Minister of Peace, and Hirut Zemene, State Minister of Foreign Affairs.