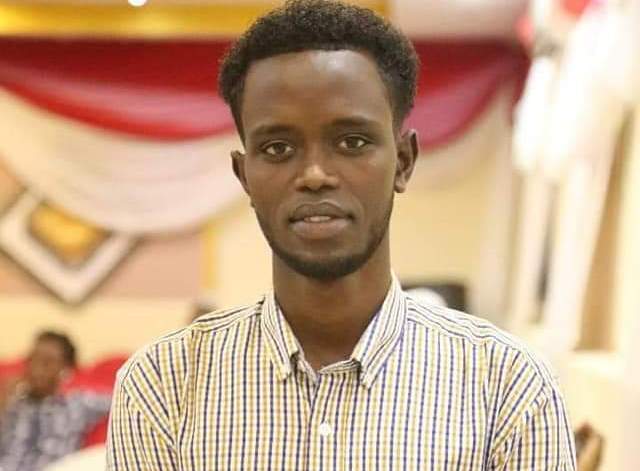 PRESS STATEMENT: The National Union of Somali Journalists (NUSOJ) has today called for the immediate and unconditional release of a journalist Ali Aden Mumin arrested in Mogadishu after posting comments on his Facebook account.

According to Director of Goobjoog Media Group Hassan Mohamud Mohamed, a journalist Mumin was arrested after receiving a letter from Criminal Investigation Department ordering him to come to their headquarter but they soon found out that the journalist was arbitrarily arrested by the police.

“There were no allegations and charges in the letter we learned except that we were orally informed the journalist would face charges relating to posts he did in his Facebook “Hassan added.

Although NUSOJ has struggled to find out the authenticity of the journalist’s arrest and alleging individuals , the CID officials have declined to provide more details, except for the journalist is detained comments he published in his Facebook profile .

“The arrest of Ali Aden Mumin constitutes a clear act of curtailment of freedom of expression, and we absolutely reject any judicial harassment of journalists under criminal law when facing defamation charges. We call for Mumin’s immediate release and Somalia authorities to drop charges levelled against him since posting on social media sites and expressing personal opinions on Facebook are not criminal activities” Mohamed Ibrahim Moalimuu , NUSOJ Secretary General said.

NUSOJ has recently been receiving complaints against social media posts from different perspectives including from public figures, and now this seems to be increasing, so NUSOJ will consult with relevant agencies and Media lawyers to address these issues.

NUSOJ also recommends to Somali journalists to behave responsibly and avoid publishing baseless information in their social media which are contrary to the general media ethics.