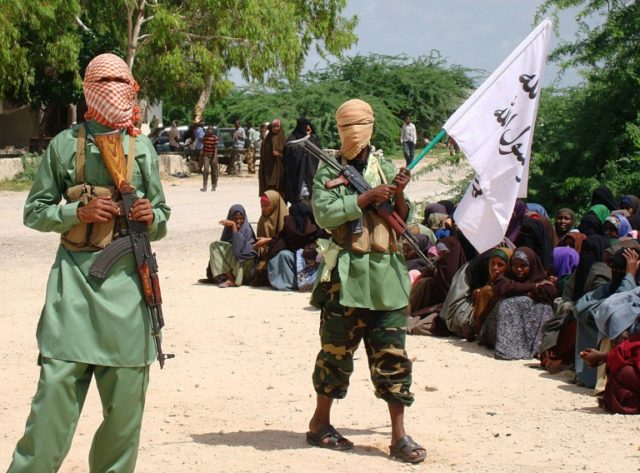 Pressure from U.S. President Donald Trump’s air campaign in Somalia has prompted some factions from the al-Qaeda affiliate al-Shabaab to begin fighting each other, local media reported this week.

Intelligence reports from the Somalian government “confirmed that in the morning of Thursday 27th of June, violent skirmishes broke in Jiliib pitting core Harakat Shabaab Mujahideen commanders against each other,” Radio Dalsan revealed.

In 2019, al-Shabaab fatalities are reportedly on track to eclipse those from last year.

Citing the intelligence reports, Radio Dalsan added that the violent infighting between the jihadi group’s rank and file had triggered concerns among al-Shabaab’s leadership.

U.S. airstrikes supporting local troops on the ground may also be pushing al-Shabaab into a peace agreement with the Somalian government.

Radio Dalsan learned from al-Shabaab’s intelligence wing that “moderate members of the governing council covertly met representatives of the government of Somalia in what could have been the onset of negotiating a political truce and subsequent de-escalation by the terror group.”

The news outlet did acknowledge, however, that the al-Qaeda branch is expected to carry out “a violent purge targeting moderates in its governing council accused of helping the Federal Government of Somalia in exchange of money and clan-political favors.”

Dalsan Radio noted that the expected response from al-Shabaab will further fuel the divisions within the group.

Although al-Qaeda rival the Islamic State (ISIS/ISIL) maintains a presence in Somalia, al-Shabaab is the most prominent group in the country.

In March, Breitbart News learned that the U.S. military has steadily ramped up airstrikes against al-Shabaab under President Trump.

The Institute for Economics and Peace’s (IEP) Global Terrorism Index (GTI) deemedSomalia one of the countries most affected by terrorism in recent years.

In 2017, “the country with the largest total increase in terrorism compared to the prior year [2016] was Somalia where the number of deaths rose by 708, a 93 percent increase,” the GTI revealed.

“Since al-Shabaab’s first external attack in 2010, the group has killed hundreds through external operations, with the most lethal attacks occurring in Kenya and Uganda,” Gen. Thomas Waldhauser, one of the top commanders in Africa, told lawmakers in February.