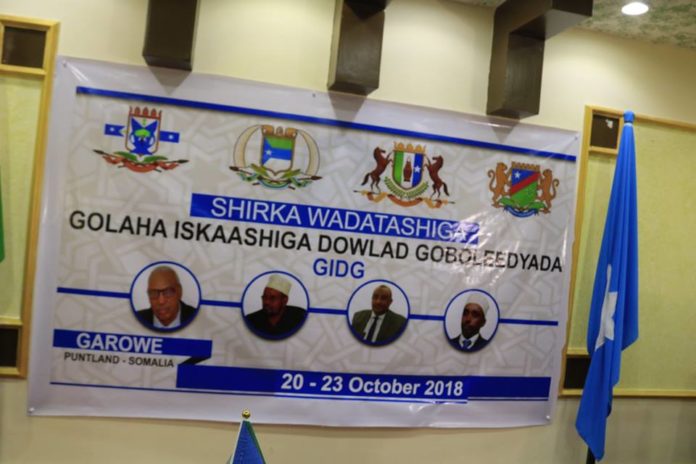 Somalia regional consultative meeting kicks off on Sunday at Garowe, the seat of Puntland State of Somalia as its leader, Hon. Abdiweli Gaas is presiding over. Provincial state leaders of Galmudug, Jubaland and South West Adminstration are in attendance of the high level meeting. Some of the ministers of the regional states are also in attendance. The leaders are expected to discuss on the political standoff between the Federal Gov’t of Somalia and their states which are locked horns. The Federal Gov’t of Somalia is ignoring to find a resolution to the long standing dispute. It was just recently once the regional state leaders unanimously announced that they severed ties with the Federal Gov’t. Hirshabele regional state president, Hon. Waare has decided not to attend the high level conference.