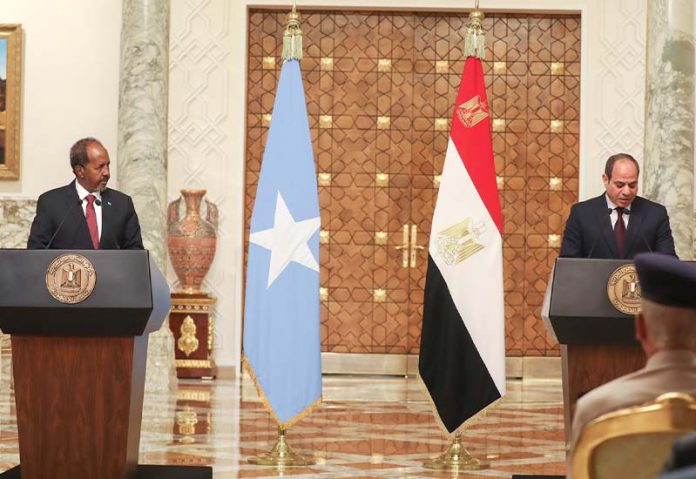 Somalia’s President Hassan Sheikh Mohamud has not discussed dispute over Ethiopia’s Nile dam with his Egyptian counterpart, presidential spokesman Abdikarin Ali Kar said on Wednesday, stressing that the Horn of Africa nation would not take sides in the long-running tensions.

In a press conference, Abdikarin told journalists that talks between Somali President Hassan Sheikh Mohamud and his Egyptian counterpart Abdel Fattah el-Sisi on key bilateral issues were fruitful but did not focus on tensions over the mega dam Addis Ababa is building on the Blue Nile River.

Somalia has nothing to do with the dispute over the GERD and is not one of the downstream countries, he added, disputing an account by Egyptian leader Abdel Fattah el-Sisi who said Ethiopian “unilateral policies” on the filling of the Nile dam were among issues discussed with Somali President.