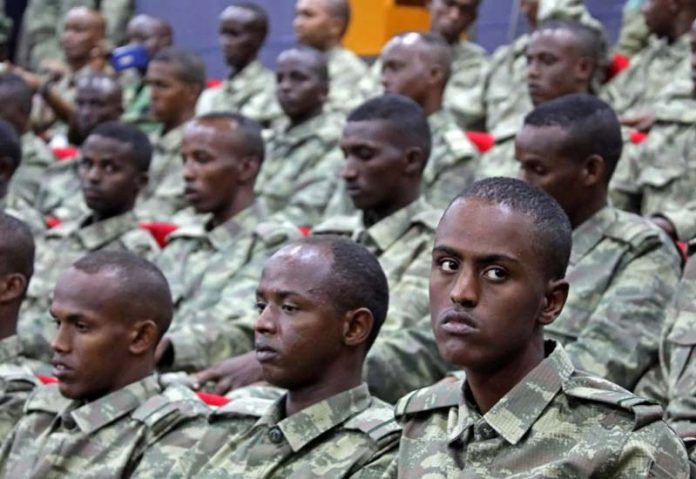 A spokesman for Somalia’s President Hassan Sheikh Mohamud on Wednesday denied rumors that Eritrea held about 5,000 Somali soldiers it had trained for $50 million ransom, years after they had gone missing.

Abdikarin Ali Kar, speaking to Somali Cable TV, said countries including Uganda, Ethiopia, Djibouti and the United States train Somali forces to help the federal government restore peace and stability in the Horn of Africa nation that has been plagued by conflict for more than three decades. He added that none of these countries demanded that Somali government pay for military training costs.

Asked about rumors that Eritrea demanded $50m for the return of Somali troops it had trained to their home country, he said: “These are only fabrications and baseless rumors with no sense”.

Parents of the missing soldiers have recently told local media that their sons completed military training and are being held by Eritrean troops for payment food and medical costs during the training period.