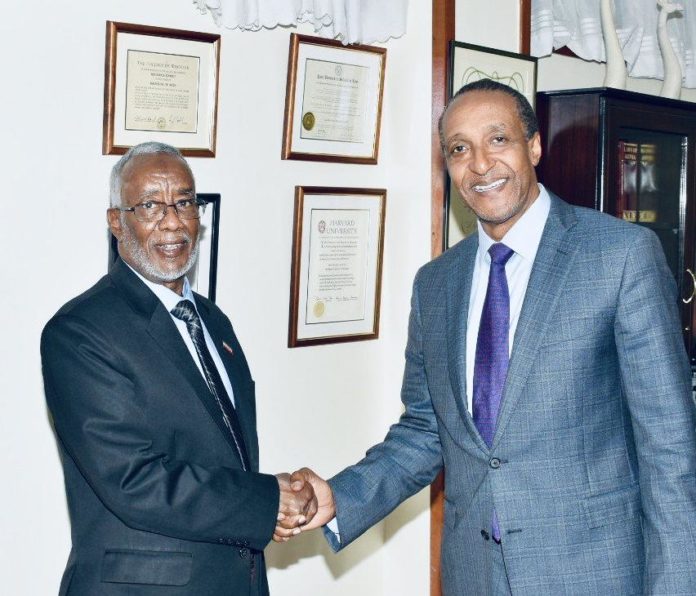 The Somalian authorities in Mogadishu expressed their anger over remarks by Kenyan foreign ministry calling Somaliland as an independent state. This comes after Somaliland FM, Mr. Yasin Faraton met with permanent secretary of Kenya’s ministry of foreign affairs ambassador peter Macharia. Somalia on Sunday summoned Kenya’s ambassador to Somalia, Lucas Tumba and strongly protested over Kenya’s move to undermine Somalian sovereignty by calling Somaliland a state. Somalia said in the protest letter that this move is damaging the relationship between Kenya and Somalia which deteriorated over the past couple of months due to territorial water dispute. Somalia stated in the letter that it has respect for mutual cooperation with its neighbor and expects that from Kenya to do so.