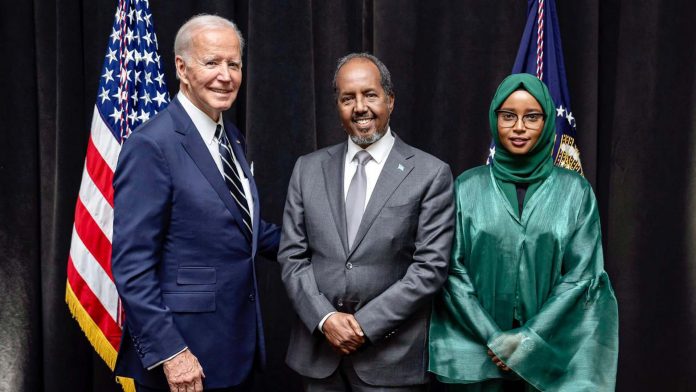 Mogadishu— Somali President Hassan Sheikh Mohamud’s trip to the United States was “fruitful” in the course of which he met with US President and other American officials, his office said on Monday.

In a video distributed to media, Villa Somalia said Mohamud had talks with US government officials, heads of international organizations and some of the world leaders attending the 77thsession of the UN General Assembly.

Among the key issues the president discussed with world leaders and US officials were the fight against Al-Shabaab militants, efforts towards economic recovery and relief campaign to mitigate the impact of a worsening drought that struck many parts of the Horn of Africa nation.

Since his re-election in May, Somali president has visited 9 countries including the United States, Turkey, Egypt, Eritrea and Kenya.