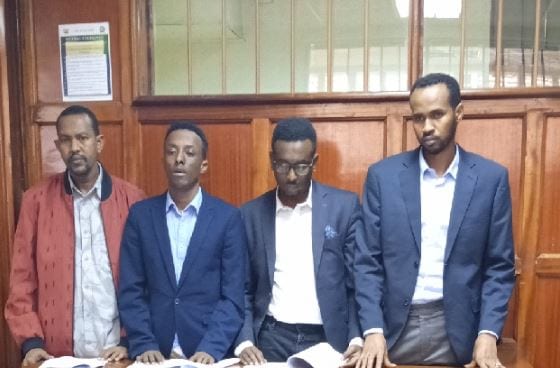 A man alleged to be a Somali Presidential candidate and three Kenyan nationals were detained on Thursday under suspicion of terror related offences in Nairobi.

Ibrahim Kassim was arrested at his house in South C  by Anti-Terrorism Police Unit following a tip-off.

He directed that they be detained for four days to enable detectives from ATPU complete their investigations as was requested.

Detectives revealed that the four were engaging in unclear dealings with regards to the Somali general elections in order to benefit with other associates who are yet to be apprehended.
Ibrahim Farah was allegedly in possession of a Djibouti passport, electoral commission forms, 4 mobile phones, an alien certificate and coloured copies of two Kenyan identity cards.