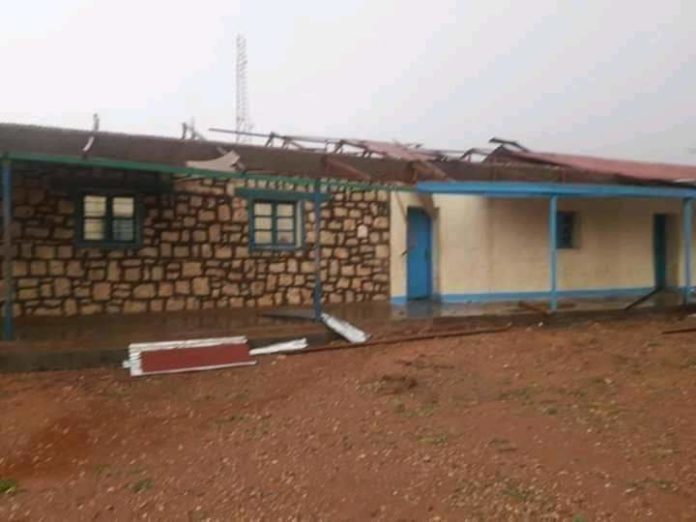 The Head of State H.E. Musa Bihi has immediately responded to the plight of Salahley residents following torrential rains and heavy winds which wrecked dozens of private and public buildings. Infrastructures like roads were also not spared in the wake of the heavy downpour.

Whereas Salahley district was hardest hit earlier in the week, Da’ar buruq also was similarly subjected to havoc on Thursday.

According to local reports 52 permanent houses, 28 temporary ones and 11 traditional residential structures were either swept or partially damaged by the strong winds in Salahley.

The town witnessed floods whose volume was not seen in recent years.

In Da’ar buruq the rains that started falling at 5:30 pm Thursday had its winds remove roof tops off some houses and resulted to almost a dozen injuries.

Some of the casualties were carried to Hargeisa for medication.

He was also amongst state officials who immediately toured Da’ar buruq to evaluate and take stock of the situation of damage while accompanied by Minister of Roads Development Hon. Abdillahi Abokor Osman and Marodo Jeeh regional governor Jama Haji Ahmed amongst others.