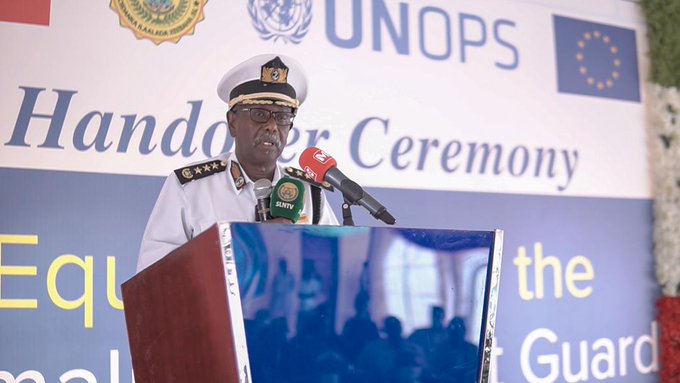 The Somaliland Coast Guard has received vehicles and equipment from the European Union (EU) under the auspices of EUCAP and UNPOS.

Admiral Hiirane said that they have conveyed to their partners all their needs and are waiting for more donations and Somaliland Coast Guard committed guarding the safety of the Somaliland coastal & sea waters. ”

Various officials who spoke at the event welcomed the support of the Somaliland Coast Guard and urged all partners to boost capacity building of the force to fulfill their tasks of its people and country.

Deputy Minister of Interior for Security Abdillahi Hussein Mohamed concluded by praising the work of the Somaliland Coast Guard, which he said had protected Somaliland waters from encroachment.