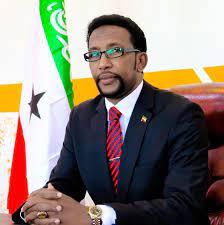 Lewis Center, Ohio–Hundreds if not thousands of newborn babies are abandoned each year in Somaliland. Many women in Hargeisa, Somaliland’s capital, abandon their newborn babies at hospitals, or often dump them on ditches, roadsides, alley ways, latrines, and trash dumps. Most of the babies die because of hypothermia, hunger or mauling by dogs, and few have been rescued by Samaritan’s people.

The reason for the abandonment varies, including rape, unplanned and unwanted pregnancies, and lack of family support or the father of the baby. We do not have statistics on the number of newborn babies that are abandoned in Somaliland each year.

Recently, the police arrested Mushtaaq Nano, a resident of south Hargeisa, after she discarded her newborn baby in a trash dump. A good Samaritan saved the baby and called the police. She was arrested at the local police station. According to her uncle, she was released after the family produced a forged marriage license establishing that she was married to a member of the Somaliland legislature, Barkhad Batuun, who is from the marginalized communities. Barkhad won most votes in Somaliland open legislative elections in May 2021.

According to some news reports, to make matters private and to avoid prosecution, there was an agreement between the clan elders of the Barkhad and Mushtaaq–which is a blatant obstruction of justice.

The wheel of justice is very slow  for the victims of the crimes against women and children. Because of a broken and corrupt judicial system, a dearth of professional police force, and a myopic Attorney General Office that have created a perfect storm for a tribal and a religious justice system to mushroom in Somaliland to the point where they are taking over the functions of law enforcement and judiciary.

Moreover, on Sunday, in a video posted on  Somaliland “Fake news” outlets such as SAABTV, BULSHO TV and MMTV, Mushtaaq Nano released the following statement, “Barkhad is my husband, and we married according to the Islamic Sharia law.”

But her uncle, on a Facebook post, rebuffed her by stating “That marriage license is fake and fraud and as a family we never give blessing for their relationship.”

Any good journalist knows that there are 2 sides to every story. In this case, The YouTube TV news media have failed even to ask her or Barkhad, who is married a basic questions: Why did she dump her newborn baby to dumpster” Was Barkhad coerced her to commit the crime, attempted murder?

Most of the so-called SL media do not offer legitimate news, nor do they verify stories, and mostly are unprofessional. In fact, SAABTV, BULSHOTV and the newcomer MMTV are no longer doing the job of traditional or real journalism. They receive money from foreign clients or local bad actors such as failed politicians and greedy merchants, to propagate anti-Somaliland agenda. For instance, last April, MMTV broadcasted a paid advertisement, or informational in which they were praising the rig election of the Djibouti dictator. They have become so corrupt to even inform the public what is going on or the facts. And now, MMTV has joined the charade of the “Fake news” crowd.

The public would like to know from Barkhad Batuun what is the relationship between him and Mushtaaq? Did he force her to dump their newborn baby, which is a crime given Mushtaaq dumped the baby with intent to kill.

Barkhad’s supporters and protectors are saying people are going after Barkhad because he is having a relationship with a woman from a dominant clan. But he is using victimization as noise and distraction to evade answering legitimate questions. Be a man, take your responsibility.

Why is Barkhad getting special treatment? Is he getting a break from justice because he’s a member of the Wadani party, which controls the legislature?

But so far, as always, the police are dithering to arrest or question Barkhad about this heinous crime.

As a result, Barkhad now is hiding behind “Sowers and exploiters of division” (failed Wadani politicians)—who are trying to shield him from the responsibility of his alleged malicious crime.

Barkhad should not be evading justice; he must be in jail. He is not above the law. He should also be suspended from the Parliament until the court decides about his fate. We need to set up an ethics committee to investigate his behavior, which is unacceptable to be a member of the SL legislature. We need to dispense justice equally for all people, including the members of the legislature.

The House should also pass legislation to protect children from physical and psychological abuses, including neglect and abandonment.

The Criminal Investigative Unit and the Hargeisa district prosecutor should do their job and arrest all suspects of this crime, including Barkhad who allegedly coerced Mushtaaq to discard their newborn baby. What Barkhad allegedly did was premeditated crime and malice, and he should not get away with it. However, Barkhad deserves the right for a fair trial and his day in court.

If the law enforcements fail to hold Barkhad and his protectors accountable. It might also lead to more child abuses and killings.

Real man does not hide behind the woman he impregnated. He comes forward and addresses the allegations against him. Real man does not abuse the mother of his newborn baby and coerce her to kill the baby.

Barkhad is not a real man.. He is a fake, fraud, liar, failed politician, Somalia apologist, and a disgusting human being. He is unfit to serve in a public office.

If you attempted to kill your own newborn, you belong in prison, not the Somaliland Legislature. It’s time for Barkhad to quit the parliament and look for his old job.